Criterion Games is a company known for releasing substantial post-release content for its titles.

This statement is no more apparent than with the studio’s last Burnout title, Burnout Paradise, which not only saw substantial premium content, but a ton of freebies at that, including the addition of motorcycles and a dynamic weather system. Paradise’s biggest expansion came in the form of Big Surf Island, which attached a vast new playing field to the game’s core city and brought with it a handful of new cars, races, and billboards.

This notion transitioned to Criterion’s latest racer, Need for Speed: Most Wanted, with the game’s newest downloadable content, Terminal Velocity — a pack that has racers take to the skies in a whole new playground … metaphorically speaking. 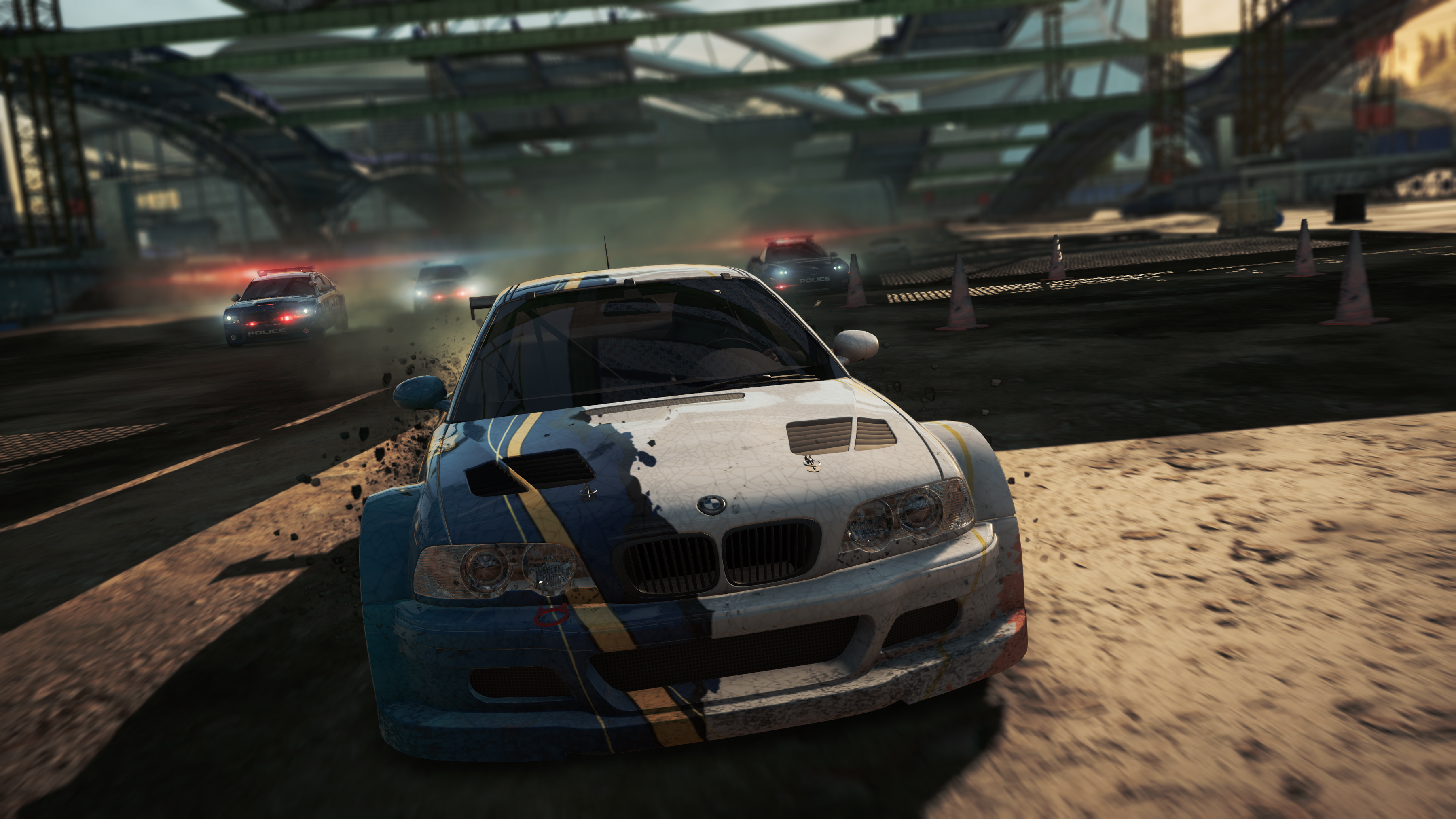 Terminal Velocity introduces the Hughes International Airport to Fairhaven City, an airport which was built to include an insane amount of jumps, drift opportunities, and 40 billboards to smash. It also includes “136 new multiplayer milestones, 10 new multiplayer speedlists, and eight new achievements.”

“This is our biggest pack, in which we’re adding five new cars and a massive chunk of world that we’ve done post-release,” said Chris Roberts, senior game designer. “And the five cars you get in the pack are designed to ease you into driving this environment — probably one of the most complicated environments in the world, but it’s all about discovery.”

Adding said drift tires to your ride will prove useful for Terminal Velocity‘s new drift attack modes, which pay homage to prior Need for Speed games including Underground and Carbon, Roberts said, as well as the drifting found in the Project Gotham series.

During Drift Attack, physical markers are placed throughout courses — as opposed to flares found in Carbon — and you’ll rack up score multipliers depending on how well you make the turn and how close to the markers you get without hitting them. In turn, hitting a cone will ruin your score multiplier.

“We wanted something physical in the world in which the player had to be skillful in avoiding,” Roberts explained. 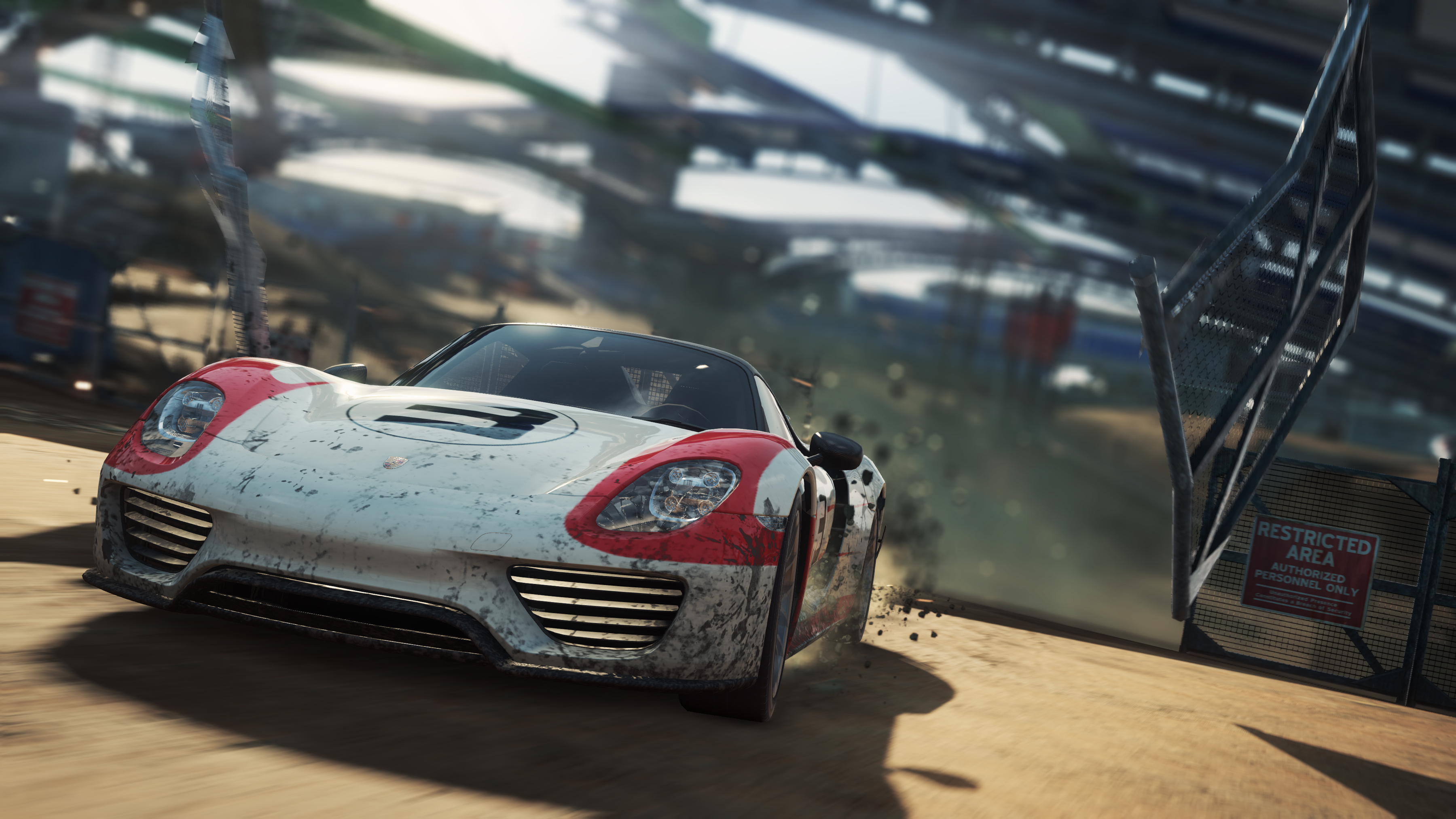 Another new mode is Smash and Grab, which was designed to show the open nature of Most Wanted’s world. Score multipliers are scattered throughout drift paths and jumps, and you’re to find the route best you can to snatch up as many points as possible. Picking up a score multiplier placed near a billboard will take you off a path and you’ll have to find your way back into a groove.

“It’s not possible to hit every single one in the time limit,” Roberts said. “You need to find the route which suits your driving style best and the mods in which you have on your car.”

All of the existing cars will also be able to compete in the new events found in Terminal Velocity.

Lastly, a free update will accompany Terminal Velocity‘s release, one that enhances Most Wanted‘s night scenery with a more realistic look and an emphasis on tweaking the headlights, as well as adds the new ram chassis mod.

Last week, we took a look at Need for Speed: Most Wanted on Wii U, which ships with the Ultimate Speed Pack — Most Wanted’s first add-on. When asked if Terminal Velocity would ever see a release on Nintendo’s console, Roberts offered hope.