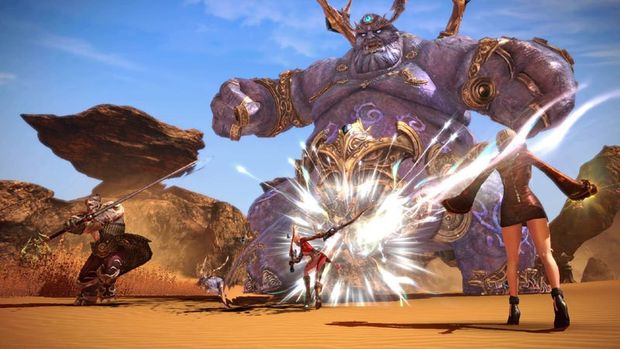 TERA: Rising (previously known as TERA Online), has found success in its newly found free-to-play system, as En Mass Entertainment is reporting that it has risen to 1.4 million users to date, which is a decent milestone for MMOs not named World of Warcraft.

Chris Lee, CEO of En Masse Entertainment is optimistic of the game’s growth, stating, “we’ve been blown away by the waves of players logging into TERA, and we’re seeing amazing growth in both registrations and daily users. It’s always great to eclipse the one-million-player mark, and at our current rate, it won’t be long before we hit two million.”

I enjoyed my time with TERA, having played it at launch. It was an incredibly fun, action-packed game that happened to suffer from a bit of a grind. Since the transition to free-to-play, said grind is a bit more forgivable considering you can just jump back in at your convenience.

Whether or not The Elder Scrolls Online follows suit is anyone’s guess, but if done right, free-to-play MMOs are a force to be reckoned with.