I can be Wesker? Sure, I’ll play it

Capcom is a sleeping giant when it comes to properties. A lot of people forget that yes, they not only have the Mega Man series at their disposal, but they also have all of the subseries that entails like Mega Man X and Battle Network, on top of any number of iconic Street Fighter characters or memorable faces from franchises like Darkstalkers, where Morrigan herself transcends the actual games.

The publisher has been doing all-star games for years, but finally decided to tap into the card game market with the help of GungHo Online for a…cough…mobile card game. Previously known as “Project Battle,” Teppen is out, and it’s actually worth checking out. 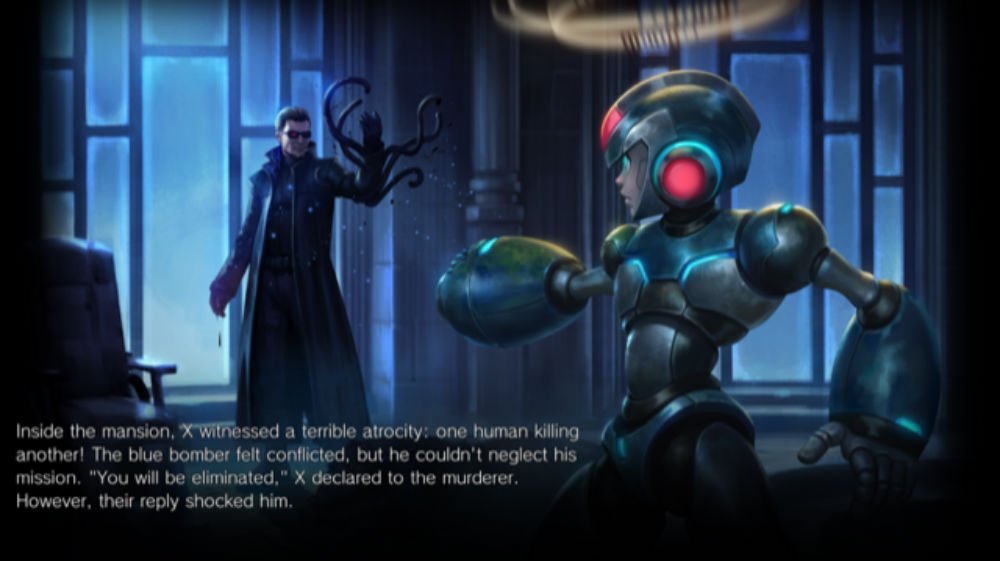 The gist of Teppen is lane control. With three in total, you have the choice of where to place minions with differing mana costs and attack/defense values. After a few seconds (denoted by arrows that crawl to the enemy side) an attack sequence happens and cards trade damage. Some minions are tanky (one attack and eight health) some are bombs (lots of attack and little health), and not only does placement matter; so does timing. If someone plops down a 1/4, you can respond with a 4/5 of your own and instantly smash them down.

A lot of memorable faces populate the realm of Teppen (with a kooky storyline bringing them all together, and currently, Ryu, Rathalos, Mega Man X, Chun-Li, Morrigan, Dante, Wesker, and Nergigante are playable heroes. I’ve seen plenty of complaints about the art (Mega Man X’s dead eyes is a common one) but I absolutely adore it. Most of the characters are teeming with life and personality, and the visual team knocked it out of the park to the point where I would say the quality completely eclipses most card games. Unlike adaptations like Magic there is no source art from a physical game to translate over, which makes these original works even more impressive.

The little storylines are silly and brief, but engaging enough to justify the connected world. Just look at the above image. This is literally something out of a fanfic I created 20 years ago and I unabashedly love it: plus, look how great the art is! While it would be even more absurd in a proper RPG like Project x Zone, it’s much more palatable in a card game where ultimately, these little vignettes don’t matter and the card play comes first .Oh yeah, about that! It’s actually pretty fun and takes place in real-time, so folks who hate turn-based card games might want to give it a look.

Like Hearthstone your hero actually matters, as they bring a special ability into battle and have their own deck archetypes that bolster said power. For instance Rathalos’ default deck is offensive-based, Wesker’s deck excels at sacrificing his own allies, Mega Man heals: it all makes sense within the confines of their own universes, which makes it that much sweeter from a fluff perspective (fire, virus absorption, heart tanks all spur the intended hero abilities). Capcom and GungHo dig deep too, as there’s even a card for Lucia from the often forgotten Devil May Cry 2, among droves of cannon fodder like Mega Man X Mavericks.

I noted the Magic: The Gathering comparison in the headline because the game has a “priority” system that operates with a stack of abilities, just like Wizards of the Coast’s classic tabletop pastime. In addition to the aforementioned ally cards in lanes, you can also play abilities, which will then immediately pass priority (just like Magic) to the other player. They have a few seconds to respond with an ability of their own, or to resolve the stack and let the abilities go through. The stack triggers with the last ability first, then down the line. 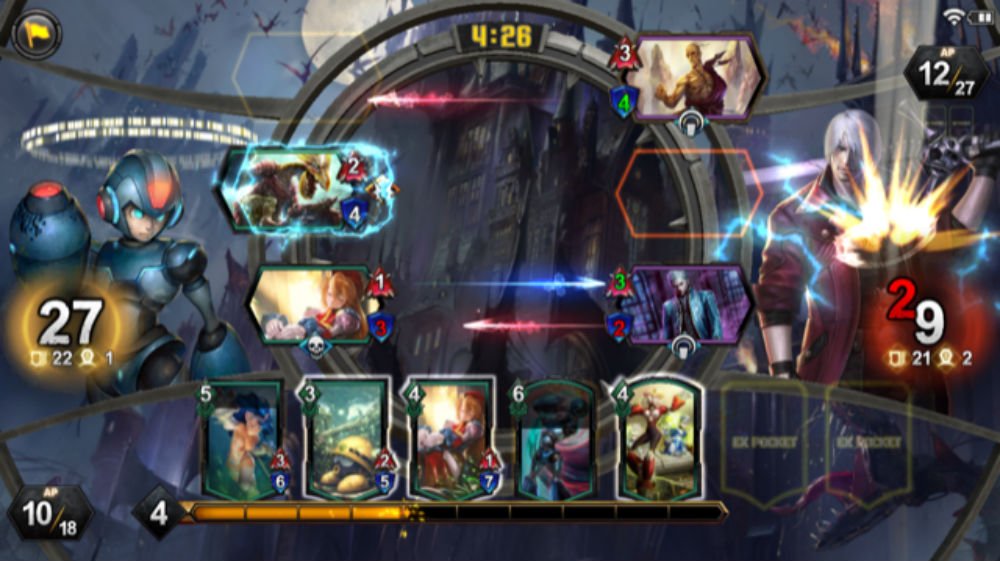 The combo of real-time lanes and card-based abilities allows Teppen to feel more intense than most of the other card games on the market. Battling other human opponents can get really intense, as you engage in a series of standoffs and counter each other’s abilities as they trigger. It’s an awesome feeling to save a Shinku Hadoken with Ryu that has just enough damage to punish a huge enemy minion and wipe it off the board just as your minion in the same lane is landing the killing blow.

Now there is the typical free-to-play card game schema involved, so don’t get too excited. This is GungHo, so there’s daily bonuses, tons of IAP (in-app-purchases, or, microtransactions), and currency to juggle. Breaking down cards into dust like Hearthstone is also a thing, and earning free currency (zenny) to buy packs is slow-going. That said, I found myself playing it for four hours straight online with the basic packs afforded by the story mode (without buying anything), so there’s wiggle room to not get sucked in.

Again, the small campaigns are free (every main hero gets their own tiny three chapter/mission narrative), versus play, and a ranked mode (grand prix). It’s worth it to grab the game, go in, finish all the story chapters, then decide what to do. You can find Teppen on iOS and Google Play now.

[Impressions for this free-to-play game are based on a free download of the iOS edition with no currency.]