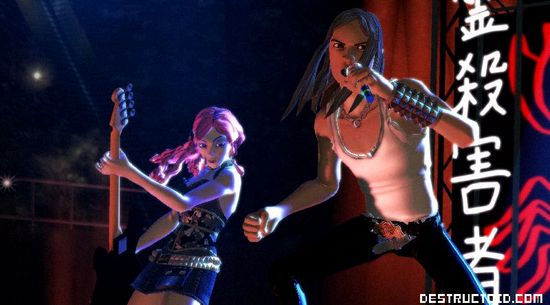 Leipzig is on, and Harmonix and Electronic Arts are setting things off by announcing Rock Band for the European market, along with ten new tracks. Not surprisingly, they’ve also announced that Rock Band will be making its way to the PlayStation 2, featuring “new game elements specific to the platform,” which they’ve not revealed.

The ten tracks (all masters) include:

What’s really interesting (and kind of disappointing) is that two of those tracks were already announced for Rock Bands “competitor,” Guitar Hero III — both “Sabotage” and “Cherub Rock” both appear in Activisions guitar title. Additionally, the Stroke’s “Repilia” will also be featured in both games.

Keep posted to Destructoid today for some hands-on with the most recent build of Rock Band, including a video you won’t want to miss.