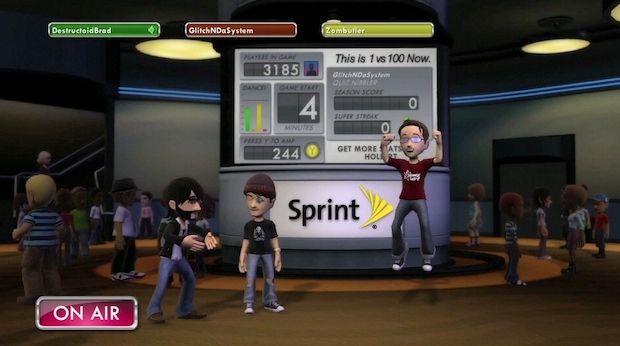 Chris Cashman’s smooth voice blasted into over 22,000 people’s ear holes last evening during the live debut of the second season of 1 vs. 100. I was one of those in attendance, listening to the Cashman in rapture while plugging in answers to questions about Michael Jackson and even Steven Colbert. Since I was there (along with a few buddies), I figured I could try to pull some of you along for the ride via a Ten Minute Taste.

As has been promised, this latest season does showcase a few changes to the core game, but nothing of the radical sort — just small presentation tweaks that aren’t noticeable unless you’re looking for them. It’s still 1 vs. 100, including all the boring pans, shots of lifeless Avatars, and commercial interruptions.

But don’t let me discourage you from checking it out. If you’re a Gold member, the LIVE Primetime show remains free and has a show about once an evening. You’d be surprised how addicted you’ll get to this game after digging into a few Extended Sessions.

So, the beginning of Season 2. What do you guys think about it? Are you going to give the show another spin or should Microsoft have delayed it because of MW2? Discuss.