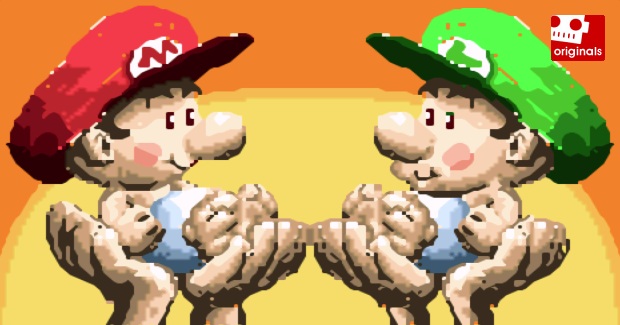 While many videogame characters are beloved around the world, there are a handful that are reviled by a large majority of the gaming population. And, to be honest, “reviled” may not even be strong enough a word. I know some characters that will result in near riots of anger if even mentioned.

Some of these hated characters I agree with — I will easily grab my torch and pitchfork in violent protest as well! — but others I think are given a very bad rap.

While I have always whispered my fondness for these misunderstood characters while playing alone, I am now ready to stand up and declare to the world my love for these most hated of characters.

I am not ashamed anymore. 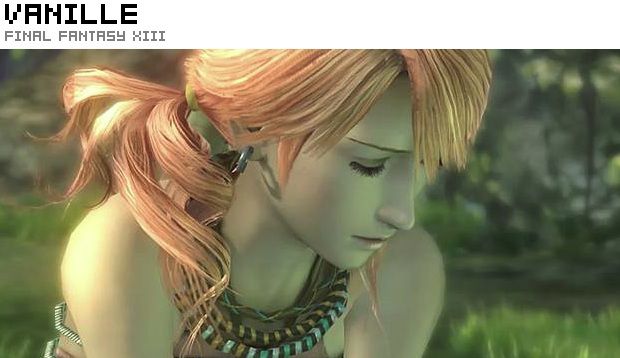 Two years ago, when Final Fantasy XIII came out for the PlayStation 3, I wrote an article defending the hated and absolutely maligned Vanille. The feature was met with quite the spirited response in the comments.

But, you know what? All these years later, I still like Vanille and think her reputation is undeserved. Sure, she says ridiculously inappropriate things. Sure, she is annoyingly positive. And, sure, her voice is kind of insufferable.

But once you get to learn her genuinely tragic backstory, she is not nearly as unlikable as her initial impression may lead you to believe. In a way, her overly cheerful personality is only a cover for the dark secrets she is hiding. 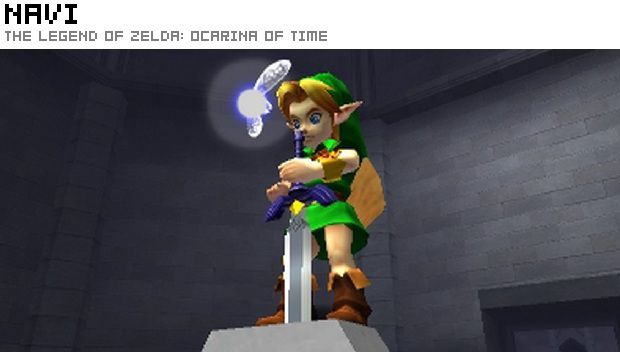 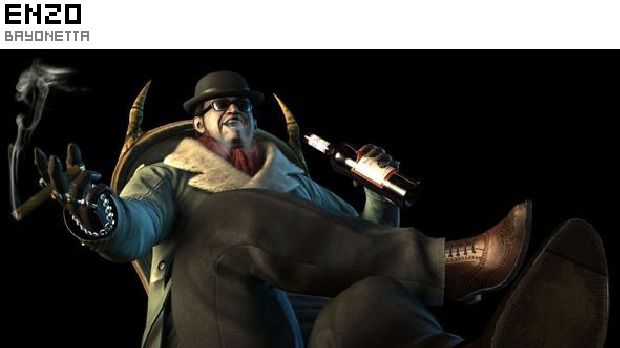 At first, Enzo actually did annoy me. His Joe Pesci-esque voice, his unbelievably obnoxious dialogue, and his incredibly douchey outfit were making me scream things like “MAKE IT STOP!” to my television screen. As the story of Bayonetta went on, though, Enzo actually made me laugh … and he totally grew on me.

In a game as pseudo-serious and melodramatic as Bayonetta, a little humor (even the cheesiest kind) goes a very long way. 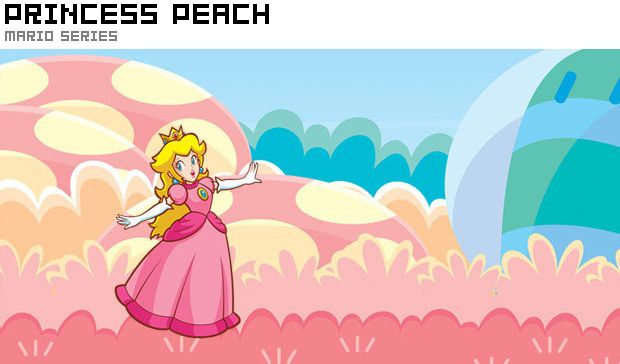 I will defend my Princess until the bitter end.

Over the years, I have engaged in many the heated debates over my love of Princess Peach. To all my friends, she is a giant, annoying b-word. <GASP!> But to me, she is a wonderful woman, ruling the Mushroom Kingdom with equal parts strength and sass; a shining example of a leader with the knowledge to rule and the strength to defeat her foes with an umbrella and/or frying pan.

Plus, her swinging arm-accompanied “I’m the best!” after winning in Mario Party is the best way to rub victory in all of my friends’ faces. 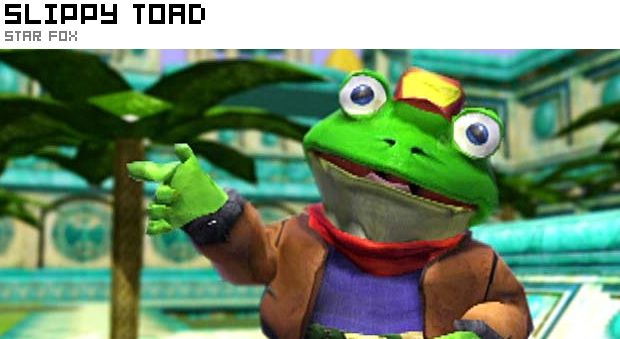 Even I am not so blind to realize that Slippy Toad has a very grating voice. And when he is constantly begging for help, it is easy to think he is almost useless as an Arwing pilot.

But these are not reasons to hate the cute, sweet, and supportive member of the Star Fox team. His voice may be different, but I look at it as being unique. Slippy getting stuck in situations where he needs to be saved? Hey, he wouldn’t even be in those predicaments if he wasn’t trying to save Fox’s life by supporting him in battle.

So go ahead and hate on Slippy Toad. Just don’t expect him to come and save you the next time you are attacked by an intergalactic alien army. 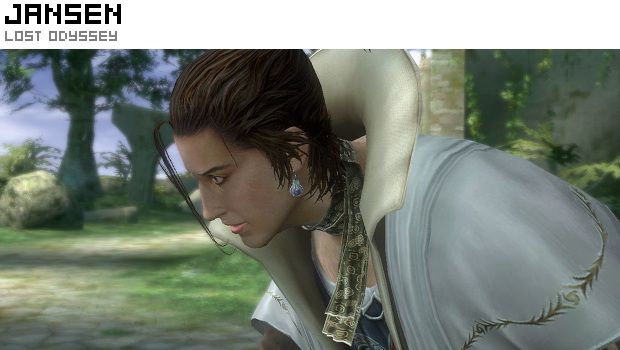 This one kind of boggles my mind. When I finished modern day RPG masterpiece Lost Odyssey, I picked Jansen as my favorite character. I loved him. He was interesting, charming, and all of his terribly amazing jokes made me laugh.

Then I started hearing that people actually didn’t like his character. At all. What the heck?! What’s not to like? Jansen is an invaluable member of the team. He is a strong black magic user. He is constantly unpredictable and entertaining. And he is part of one of the most unexpected and moving love stories in the game. 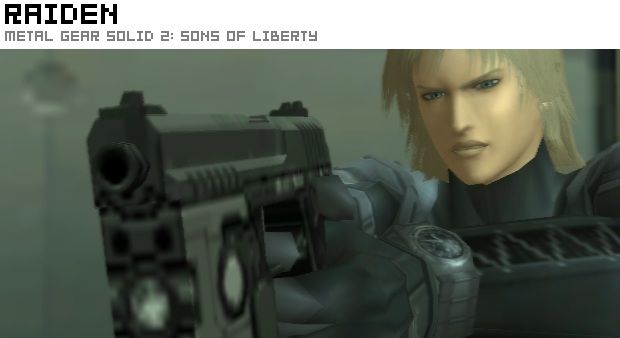 I almost didn’t include this one because, after Metal Gear Solid 4, people quickly moved from hating Raiden to thinking he is kind of badass.

But in the Metal Gear Solid 2 years, when Raiden needed support the most, he was ridiculed and mocked for his surprise starring role in the highly anticipated and underrated super sequel. 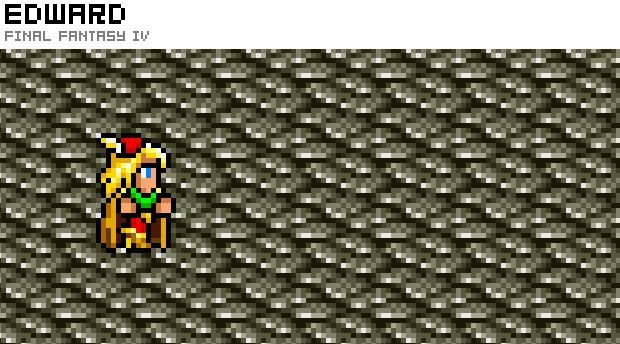 Admittedly, he is the most underpowered playable character in Final Fantasy IV (although I could make a case for the effectiveness of his Sleep and Confuse songs), but Edward has such a beautiful, moving story during his too short appearance that I can’t help but love him.

Anna, the love of his life, is killed by Golbez. Tellah, the father of Anna, blames Edward for her death. Edward, having to deal with his horrible loss, fights alongside Cecil and friends to help save the world, eventually risking all to assist them.

I am not entirely sure if She-Hulk is universally hated, but I know amongst a small circle of my fighting game-loving friends, she is despised. I choose not to listen to this nonsense, but I have overheard a “terrible fighter” and “so annoying” here and there.

To those remarks I say “HOGWASH!” She-Hulk is amazing.

First of all, look at her. She is wonderful.

And here are a few examples of things She-Hulk says before, during, and after battle: 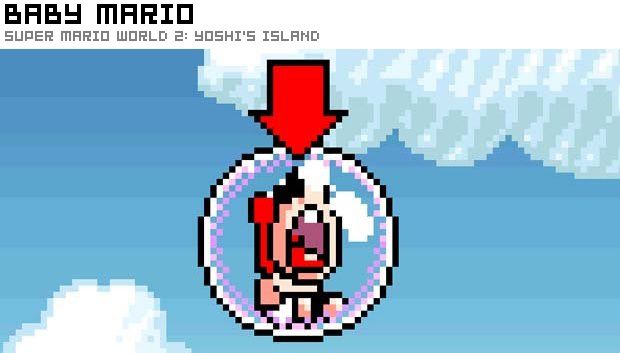 Baby Mario stars in Super Mario World 2: Yoshi’s Island, one of my favorite games of all time, so he is automatically one of the greatest characters ever created.

Even if the sound of his crying makes my ears bleed.

What do you think? Do you like any of these hated characters? Are there any other characters you love that you know are universally despised?

This is your chance to declare your love for these poor, misunderstood characters.

Stand up and be proud!