[Destructoid turns 7 next week! Here’s our most popular article from January 2009, one of Jim’s first features. Check out more of our earlier works in our Golden Archives. -Niero]

People have been hunched over their PCs, firing rockets into the faces of their friends since Doom. The ability to play a game against real human opponents via a network changed the face of the industry and helped shape the scene we are now a part of. Over the years, we have seen the world’s largest network, the Internet, expand to phenomenal heights and with it, gaming too has grown in ways that were once never thought possible.

Gaming over the Internet is now a major part of the hobby we all hold dear, and as titles like Halo rose to bring more and more mainstream attention to multinational fragests, we have seen online gaming become one of the most integral facets of the industry. With mainstream attention, it has also brought with an influx of new, fresh-faced gamers who have logged on with wanton abandon, unwitting of the rules that we have held dear as digital war veterans for millenias untold. At least outside of the PC universe, online gaming is full of people who perhaps do not understand the ettiquete and courtesy that comes with the territory.

For these people, Destructoid has the answer. If your copy of Halo just hit your mailbox, or even more urgently, if you started playing online years ago and have never even been through basic training, this is the guide for you. Hit the jump to finally learn how to be an online gamer with these crucial rules. A doorway into a world of elite playing pleasure is yours for the opening. 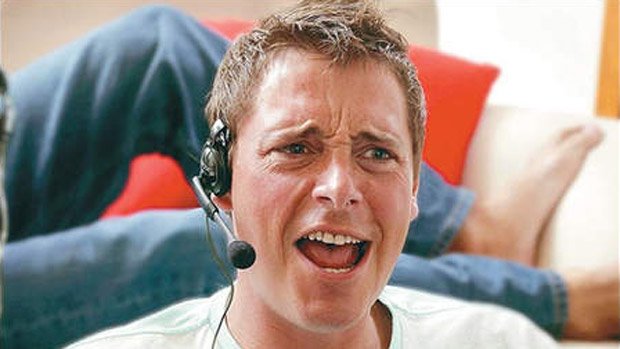 So, you finally got your game hooked up and are ready to play. Now, you may be forgiven for thinking that online gaming is about having fun. You are very wrong and you will learn this in due time. Because we gamers are too physically weak to pick random fights in bars, we must assert our alpha male dominance another way — by twiddling our fingers around on buttons until virtual representations of people we don’t know simulate death.

This is your life now, and you are connected, physically and emotionally, to your in-game avatar. When they frag you, do you not bleed? Well, no you don’t but that’s not the point. You will mourn him for every second of that respawn countdown. His digital death just killed a little piece of you, and you will avenge with the fury of a thousand angry Gods.

In team games, if you are losing, remember to berate your teammates and tell them how much they suck. You won’t be making a fool out of yourself for ordering them around and reminding them that your side is losing and nobody’s helping you win. Also, you must use words like “alpha,” all the time, just like you’re a real army man!

People who are new to a particular game are terrible vermin who you should not fraternise with. These subhumans are known as noobs and they are the pariahs of online gaming. You, however, were never a noob. You were playing games online before the Internet was even invented. In fact, you’re so awesome that you were playing Dizzy the Egg team deatchmatches on your Commodore 64.

Make sure to check out the stats of anybody in a game with you. If they have not been playing for long, then you must hurl insults at them because they are lesser human beings. Laugh cruelly if noobs are your opponents, and grimace loudly if they are on your team.

Also, the term noob has such power that if you dislike someone’s actions in a game, you can say it to them as well. Obviously, displeasing you is deadly enough to make them forget all their prior gaming experience and they actually revert back into children.

3: If a feature in a game is popular/effective, it is cheap:

Be it the chainsaw in Gears of War, or snipers in any FPS ever made, there are a number of cool features and tactics in games that people not only find enjoyable to use, but are often highly effective methods of securing victory — never use them. If you do so, you are cheap and will become a noob. You are a hardcore gamer now, which means you only use shotguns or anything else that’s really boring. You hate all that is popular, and if you see anybody utilising the best/more useful features of a game, you are to get rid of them immediately.

If these pukes were good at the game like you, they wouldn’t need to rely on such cheap tactics, would they? They’d be like you, running around with the shotgun, not having fun and despising everything everyone else is doing. The fact that they have killed you so many times is proof of how bad they are at playing.

4: If anything kills you at all, it is cheap:

Like the above rule, but applied to every potential threat in a game. If someone shoots you to death using nothing but a pistol and with his eyes closed, he is being cheap. Cheap is one of the most brutal insults after noob, and anybody who hears it will feel worse about the fact they are winning ten to zero. It’s a hollow victory, because they are so cheap. 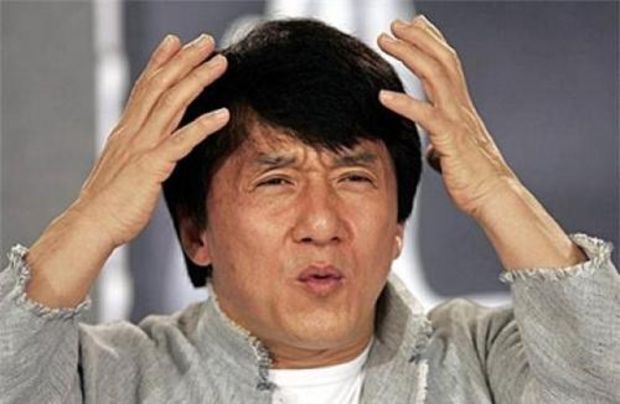 Following on from the cheapness laws, you will soon get to learn that nothing is ever your fault when it comes to gaming. Lag is a process whereby everyone in the game becomes better than you thanks to the Internet helping them become cheap. The Internet does this a lot, but never affects the enemies you kill yourself, because you have skills.

Nearly every death you ever suffer in a game will be due to lag of some kind. The Internet hates you that much, even though you are so good.

6: If you are losing badly, it is because they are hacking:

Losing a little is one thing, that’s just lag conspiring to keep your ownage levels down, but lag can only help the noobs cheaply beat you so much. If you are losing to such a point where not even your lag-pwning skill seems to be making a difference, well there’s only one solution, and it’s not that they are better than you — it’s that they are hacking.

People who appear to be doing a lot of killing and not much of being killed are hackers, plain and simple. There is no way they’re that good without cheating. Re-assure your team (after calling them worthless) that the enemy is clearly powered by nefarious undertakings and you are being penalized for your wholesome and pure ways. Then remember to say alpha.

Before the Internet was invented, gay people were those in society who were attracted physically and emotionally to members of the same gender. Since the Internet, everyone and everything is gay. From the gun they use to kill you, to the voice they use to communicate with you, it is all gay, gay, gay. Lag is gay, snipers are gay, noobs are gay, people from other countries are gay, the countries they come from are gay, the ocean the country is surrounded by is gay, the fish in the ocean are gay, all sealife is gay, life is gay, gays are gay, gay gay gay. Gay.

Using the same one-syllable word to describe everything you don’t like might not be an indicator of a varied vocabulary, but who cares? Words are gay.

Communicating via a headset is great because it lets gamers sing, and that is one of the only reasons we buy headsets. In fact, some people are known to log into servers just to hear poor quality, nasal renditions of the latest “phat tracks.” One of the most original and beloved songs to sing is anything done by Rick Astley.

Try to sing as loudly and obnoxiously as you can into your headset before, during and after a game, only stopping when you need to step away from the mic to breathe. Everybody will be impressed and will want to play with you again. In fact, you’re so great at singing that the only reason you’re not on Broadway right now is that showbusiness is full of lag.

If you lack the raw sexual magnetisim and confidence that is required to sing during a game, you can always hold the microphone up to some speakers and play your favorite tunes for everybody. Your fellow gamers really care what your musical interests are and will applaud your tasteful selection of tracks.

9: Calling people naggers is both original and hilarious:

Racism online is bad, which is a shame because deep down everybody knows it’s actually awesome. There is, however, a really witty workaround that allows you to say racist words while not actually saying them. Remember that episode of South Park where Randy believed that the missing letter in “n – ggers” was an I? Then he said the full word and everyone was shocked because it was actually naggers and not that word? Well, here’s a pro tip — nobody has EVER thought of calling people naggers online. You are going to be so edgy if you capitalize on this opportunity.

Do it all the time and your popularity will skyrocket. 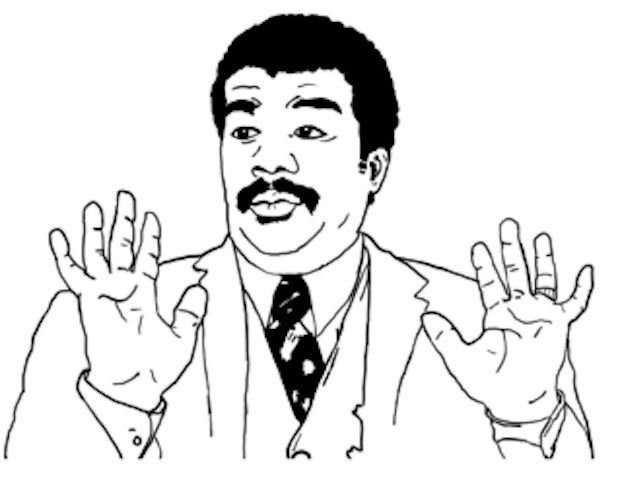 Kill stealing is one of the most abhorrent and despicable crimes ever committed, and is even listed in some modern Bibles as the eighth deadly sin. Every opponent is a victim waiting to die by your hand alone, and if anybody dares shoot them before you, they are a kill stealer. Only you may have the glory of the kill, and woe betide anybody caught shooting at the same target as you. If they get the win, they clearly stole your kill.

Even if you and a team member are on opposite sides of the game map, they kill stole. Obviously they did. Probably thanks to a hack.

Just remember, of course, that you are not a kill stealer. You are merely an opportunist. Besides which, since all the enemies are your personal fodder anyway, you’re taking nothing away from the meat puppets who are only there to be noobs and bring down your score by sucking.

These are the ten golden rules of online gaming. There are of course plenty of other important laws, but this should be everything you need to get started off on the right footing. First impressions are crucial, and with these ten rules in mind, you will always impress.

Good luck pwning, my fellow online warriors. May noobs fall at your feet and your sword cut through the mists of lag forevermore.

Filed under... #Destructoid Golden Archives#Help is on the way!#Online#Satire#Top Stories