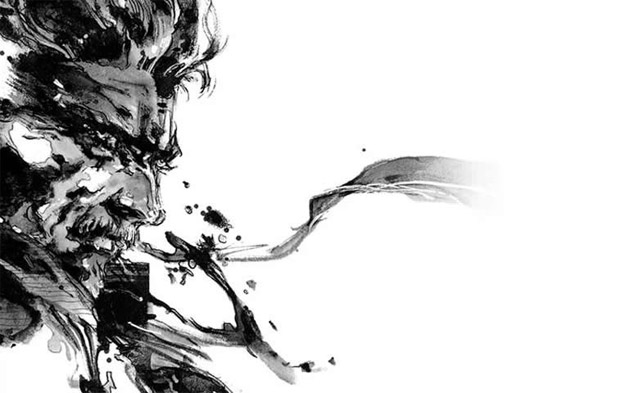 Metal Gear Solid 4: Guns of the Patriots is looming on the horizon, and in case you couldn’t tell, Destructoid is celebrating its arrival with a range of MGS-flavored features.

Metal Gear Solid easily stands as one of my favorite game franchises of all time. From stealth mechanics that actually work to epic boss fights and some of the best storytelling in videogames, MGS is able to hold its own against anybody who claims that videogames can’t be art.

Like all things however, Metal Gear Solid adheres to its own set of Golden Rules, like everything else we have talked about in this article series. If Guns of the Patriots is to be a true MGS, then it too shall have to obey these commandements without fail. Yes, for the first time in print, we invite you deep into the twisted brain of Hideo Kojima as we unveil the Ten Golden Rules of Metal Gear Solid.

1. You’ve watched the entire game in trailers before its release:

Every Metal Gear Solid game must be preceded by three hundred trailers, all of which reveal major plot details and key scenes from the game. Despite the fact that each trailer gives away yet another part of the story that could have been a brilliant surprise, MGS fans will slavishly watch them anyway, before complaining that they are having the game spoiled for themselves. The complaints never stop them though, and the weak-willed drones lap up every sordid bit of information they can so that by the time the game has arrived, they will be a walking FAQ for the bloody thing.

Trailers that give everything away are excellent, because people love whining about spoilers and Konami is graciously giving people what they want. Ever since Harry Potter became a craze, bitching over so-called spoilers is incredibly trendy. This makes MGS fans the hippest cats in the block.

2. Roughly thirty percent of the game is actual gameplay:

Some people complain that Metal Gear Solid games are too long, but if they were smart enough to skip every cutscene, they’d find a game much more suitable — a game that’s about an hour long. Just like in real-life espionage, soldiers have all the time in the world to discuss things like Chinese proverbs, James Bond movies or how you forgot the anniversary of the day you met your dumb whore girlfriend called Rose who won’t SHUT UP!

Nobody actually likes playing videogames anyway, which is why MGS is brilliant for making you sit and watch most of it while characters do ridiculously cool things that you can never do in the gameplay sections. In fact, just think of gameplay as a nuisance necessity to get from one short film to the next — that’s what Hideo does!

3. Nobody seems embarrassed by their own rubbish names:

Personally, if I was called Revolver Ocelot, I’d have kept it quiet. No matter how gravelly your voice is when you dramatically announce it, you really should feel quite ashamed of yourself. MGS characters never are, and quite happily call themselves ridiculous things like Psycho Mantis, Sniper Wolf or Pedophile Hamster as if it’s the most natural thing in the world.

Somehow it works, too. Even though you might laugh when you first hear the names, once they’ve been said enough times in a twenty minute cutscene, you start to wonder why people in real life aren’t called Vulcan Raven, Giant and Shaman. It just makes sense to you after hours of convincing voice acting.

Group of terrorists take over an establishment of some kind, threaten nuclear disaster, steal a Gundam and wax lyrical about how nobody needs soldiers like them anymore.  Along the way, there’s a massive twist, some dramatic one-on-one fight, Snake talks about how he’s not a hero, the Gundam blows up and we’re all home in time for tea and biscuits.

Oh, then there’s a phone call after the credits that confuses everybody.

5. The major plot twist always renders the game meaningless up to that point and involves a setup of some kind:

As discussed, there will always be some major plot twist, but this is important enough to have its own rule, as no MGS will be complete without a massive revelation that the whole game up to that moment was a setup and that you’ve actually accomplished bugger-all.

Everybody loves that Snake, Raiden and Big Boss’ trials during the MGS games were actually meaningless and that they’ve been achieving nothing for the past five hours. It’s always some elaborate hoax where strings were being pulled and the character was helped along by malevolent forces because they’d never have gotten that far on their own. Makes a player feel really proud of themselves.

6. The game is twice as long as it should be because Snake insists on repeating everything  as a question:

The game is twice as long as it should be because Snake insists on repeating everything as a question? … Can’t be.

Despite the fact that he is a celebrated soldier, Solid Snake suffers from some form of autism as he seems mentally incapable of understanding anything he hears and has to pathologically copy people like a mullet-endowed four-year old.

Despite the fact that he is a celebrated soldier, Solid Snake suffers from some form of autism as he seems mentally incapable of understanding anything he hears and has to pathologically copy people like a mullet-endowed four-year old? … Can’t be.

It gets annoying after a while.

It gets annoying after a while?

7. Bodily wastes have to be involved at some point:

Whether its Johnny Sasaki crapping his pants, a Russian soldier taking a whiz off a rooftop or Johnny Sasaki trying to crap IN THE SIXTIES, no Metal Gear Solid game is complete without a generous helping of piss and shit. Kojima rightly points out that arseholes are hilarious, and they’re even funnier when poo is coming out of them. This is the underlying message of the whole Metal Gear Solid series, even though some idiots might fail to read between the lines and think the games are about the futility of war or something pretentious like that.

Standing under an endless stream of Communist urine — that’s what gamers remember long after the warbling speeches about nuclear missiles are over.

It’s at this point you begin to realize just how much of those hours of cutscenes actually convey any form of new dialog or fresh information.

9. Nobody questions how fucking stupid everything is:

Maybe it’s just me, but if I was fighting a hundred-year old ME-suffering sniper who can talk to trees and is fucking photosynthetic, I’d have perhaps said something. Something like “you have got to be shitting me, that’s absolutely retarded!”

It just seems par for the course in the world of Metal Gear Solid. Your dead cloned brother comes back to life by way of an arm transplant? Nothing out of ordinary. Immortal bisexuals who can walk on water? Who hasn’t seen one of those guys on a Friday night? Killing a million hornets by twirling two revolvers around really fast? Oh of course, happens all the time down our way!

Solid Snake must be smoking some quality shit if he can bear witness to even half of what happens in an average MGS adventure and not even blink. It doesn’t seem to strike him as the least bit mental that dead people come back to life and big bald men get eaten alive by birds.

Despite all this though, he still seems totally fucking mystified that a military base has surveillance cameras in it.

The final, and most important Golden Rule. Every single Metal Gear Solid game is the last one that Hideo Kojima will work on. He has NEVER done an MGS after the first one, just like he never did one after the second one, and definitely didn’t do one after the third game. In fact, he retired from game development in 1952, before Konami even existed. He doesn’t know what videogames are. Actually, he hasn’t even been born yet.

That is Hideo Kojima. Master of space and time, destroyer of reality.