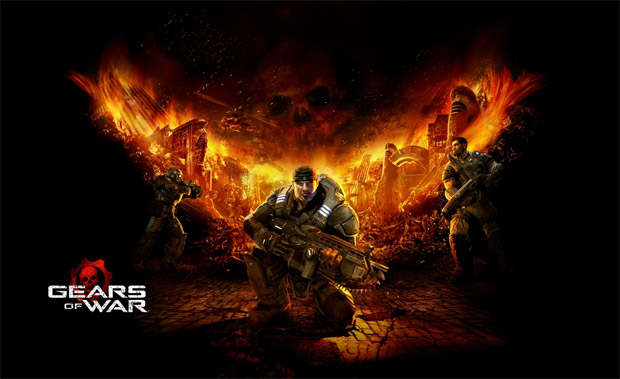 There really is nothing quite like a good old-fashioned action game. From God of War to Bujingai, they are the bread and butter of a lifelong gamer’s diet. A third-person mixture of combat and exploration, it is a genre absolutely packed full of amazing titles and generic rubbish that keeps us coming back for the inevitable sequels.

In this, the latest edition of Ten Golden Rules, we crack open this noble, saturated form of game to bring you the code to which all action title developers stick. If you want to create an action adventure that will actually sell, you need to read these commandments.

Read on for the Ten Golden Rules of action games.

While action games can be unique, original and innovative, you don’t want yours to be, not at all. Sure, you can have a terrific storyline with engaging gameplay and beautiful backdrops, but we’re talking about games that SELL. The last thing you need is another Beyond Good & Evil on your hands, right? In order to ensure any action game is successful, it needs to be like every other action game out there — those ones sold well, so by rights, a game completely identical to those should sell just as well, and they do!

Generic backdrops with generic gameplay and generic graphics are the order of the day. Anybody even so much as thinking about injecting something interesting into the game needs to be fired on the spot and have his bloodline destroyed to purge the destructive venom that is creativity. Creative thinking is what killed Clover Studio, and by God, it cannot be allowed to kill again.

2: Main character must be one of the following:

A) Steroid junkie space marine with no personality.

B) Steroid junkie soldier with no personality.

C) Floppy-haired ball of angst with an 80% chance of being called Jack. Has no personality.

D) Floppy-haired ball of inappropriate sarcasm with an 80% chance of being called Jake. Has no personality.

E) Floppy-haired steroid junkie ball of inappropriate space marine soldiers called Jake or Jack with an 80% chance of being sarcastic and angsty. Has no personality.

Everyone likes stealth, right? Well, people love stealth when it’s sandwiched awkwardly into an action game. If you buy a title sold purely on combat, then spending your time crouching and walking really slowly is exactly what you wanted to do!

Of course, it is imperative to remember that the stealth must be really badly implemented and seemingly without any responsive AI or clear-cut boundaries. After all, if a gamer wanted to play good stealth, he’d have bought a stealth game instead of an action one. Stealth sections are great for tricking people into thinking your game isn’t a one-trick pony, when in reality, it’s a one-trick pony with shitty stealth sections.

4: Special editions are a requirement:

Even if the game is a brand-new IP, you must be arrogant enough to assume there is already a slavering fanbase prepared to snap up the debut just because it comes in a silly metal tin. Plus, you’ll be able to add another ten bucks onto the price.

People will buy these since they are stupid. Just because “limited edition” means “limited to about twenty million,” that doesn’t mean your customers won’t be tricked into thinking they actually purchased an item of significant worth. Our advice though is to go even further — a special edition of the special edition — packaged in a tin made out of FIRE!

5: Breasts must be no smaller than a gorilla’s head:

Action games need a good dose of female objectification, because the genre is usually so full of rampant homoeroticism and men with bulging biceps that the player will require a healthy reminder that he isn’t actually gay.

Women need to be big-boobed and wearing attire completely inappropriate for the situation. Videogames may be considered by some to be an emerging art form that can be used for a variety of intellectual and emotional responses, but fuck those guys. They are probably gay, and we’re NOT gay because we play games with big tits. Now excuse me while I rescue my muscular and burly male partner so we can fight back-to-back with our enormous, phallic guns.

Because an action game isn’t an action game unless it’s actually a rhythm game. Active Time Events are awesome because they don’t require any effort whatsoever to create. Who needs to put insane combat moves and ridiculously entertaining stunts into the actual gameplay when you can just put them into a cutscene and add a few timed button presses to trick people into thinking they’re not cutscenes?

There is nothing a gamer loves more than being ostensibly ambushed by a videogame, so try to throw ATE’s at the player with no warning beforehand, be it in the middle of a fight or during a cutscene. The player will love fucking up his game because someone decided to throw a stupid curveball in lieu of providing engaging and challenging gameplay. It’s what makes games exciting!

Of course, by RPG elements, we don’t mean the rich stories or engaging characters. RPG elements in an action game simply means you can level up a bit. Once again, it’s all about creating the illusion of depth while remaining shallower than a sparrow’s cunt. So long as your generic warrior can reach level twenty and get a bigger sword, the player will be kept gratified.

8: Story must take itself too seriously:

Even though absolutely nobody cares except for the person who wrote it, the storyline of any action game needs to take itself way too seriously, despite the fact that it is usually set in a world where a man could use the terms “whoop-ass” and “booyah” without even a trace of irony. The game’s script must be penned by someone without any sense of self-awareness; otherwise, they might be tempted to make light of the fact that the game is absolutely ludicrous and we can’t have that — ‘roid-raging space marines fighting aliens and zombies is serious business!

Whether it’s an old man whose age seems to go against his ability to actually survive more than ten minutes, or a little girl complete with a screamy voice and an innate skill at wandering into the path of enemy fire, the object of protection must have absolutely zero combat skill, a health bar only marginally larger than a hamster’s penis, and the AI of a wet sponge. While the player is trying to actually enjoy the game, Brittlelimbs McSpasticpants is mindlessly dawdling around, practically bending over and begging every enemy within a five-mile radius to come and ride the buggery train.

Escort Missions — because the Nintendo DS isn’t the only platform for babysitting simulators.

10: If something is done once, it’s worth doing a hundred times:

Repetition is the spice of life, and that makes action games the spiciest curry on the menu. Whether it’s rotating the analog stick to pull on a winch, or hammering the A button over and over again to push open a door, once something has been introduced into the gameplay, it must then be multiplied by at least one hundred and scattered liberally throughout the entire experience.

Once again, this is great for making the game look more interesting than it is. A dozen pressure pad “puzzles” and lever pulling sections help pad out a ten-hour game with only a handful of ideas — ideas that have been ripped out of previous games (lest we dare allow creativity to sink its teeth in and murder the studio). By the end of the game, everything must be staler than month-old bread. That’s a guaranteed platinum hit right there.

And we are done, my friends. The Ten Golden Rules of action games. I hope you enjoyed this important doctrine and will remember it when you’re coding Artemis Extertier IV: The Killing with Lots of Blood. Stay frosty, whatever that means.