Given that many of us are spending upwards of $300 on new games, accessories, or systems this holiday season, it’s not unusual to find yourself strapped for cash when it comes to buying gifts for other people. And that, dear friends, is why the following list has been assembled. After the jump, you’ll find ten cheap gifts for all different kinds of gamers.

For the friend who considered buying a PS3 but decided against it:

Any game that will remind him that the PS2, even now, still has a pretty damn good game library

Bully’s really fun, God of War II is now available for preorder, and Okami should be going for a reasonable price on eBay right about now. The important thing is for your friend to understand that, given the PS3’s current game library, he will have a lot more fun for a lot less money by just getting a recently-released PS2 game. With any luck, he’ll take so long trying to beat the PS2 games that, by the time a half-decent PS3 game comes out, he’ll have more money and the system’s price will have dropped.

Read on for the other nine.

For the friend who loves Nintendo but was not able to get a Wii in time for the holidays: 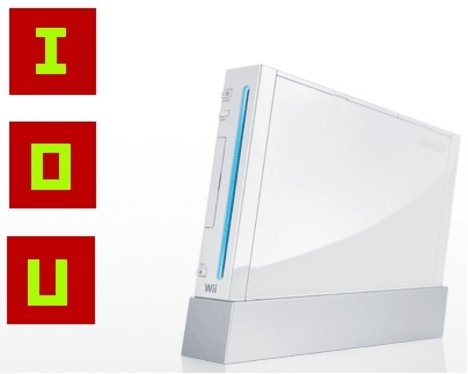 Nothing says “I’ve taken advantage of the cliched phrase ‘It’s the thought that counts’ and used it as rationalization for not spending any money on you” like an I.O.U. for something expensive. Given that Nintendo fans tend to be more patient and nicer than other console fanboys (unless, God forbid, you insult their system), your friend will probably be trusting enough to believe that you will eventually make good on your word and buy him a real system. Whether you actually do is a matter of personal preference.

For the friend who loves Sony but was unable to get a PS3 in time for the holidays:

An I.O.U. for a swift kick to the balls. 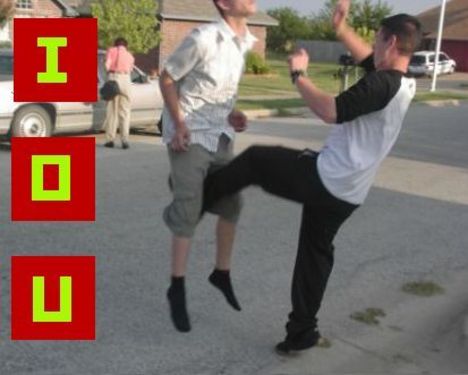 Why? Because it’s cheaper, quicker, and more fun than paying $600 for a currently sold-out system with only one decent launch game. He may get angry at you right after he receives your gift, but it’s for the best: if you do it hard enough, he’ll be too busy trying to breathe to even remember what he wanted for Christmas in the first place. Hell, maybe he’ll even lose consciousness. Best Christmas ever.

ADDENDUM: If your friend was only planning on getting a PS3 so he could sell it on eBay at an inflated price, kick his junk twice. It’s the gift that keeps on giving.

For the friend who loves music games but already owns Guitar Hero 1 and 2: 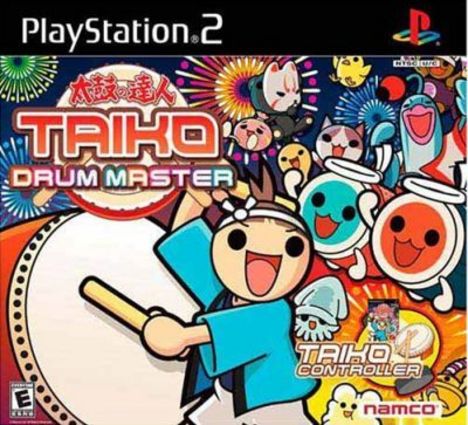 Normally I wouldn’t recommend this game — the drum peripheral has a hard time registering about 25% of your hits, the game is too picky in regards to hit timing, and it’s not exactly the manliest thing you have around your house. All of those criticisms go out the window, however, when one realizes that Fry’s Electronics has dropped the price of the entire peripheral/game kit from $90 to, in some places, only $20. Fry’s Web site has it listed for $30, so even if your local store isn’t selling it for $20 (like mine was), you can still get it for really cheap online. The game is worth the $30 if only for (A) the pre-menu screen animated music video and (B) the fact that you can play the Katamari Damacy theme song.

For the friend who has a Wii: 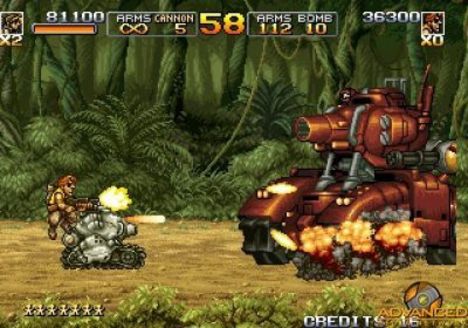 Six Metal Slug games for $50. Seriously, how could you not get it? In the end, it’s one of the more expensive things on the list (especially if you also get one for yourself), but viewed as a sheer game-to-cash ratio, it’s a hell of a deal. Just make sure your local game store knows when they get it in: while it’s supposed to be out already, my Gamestop insists they won’t get it until the sixth.

For the friend who likes adventure games: 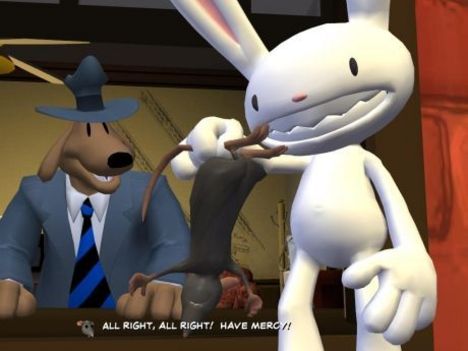 Not only is it cheap ($9), you’ll seem like you really understand your friend’s tastes. After downloading it for him, tell him that “It’s got your sense of humor,” and he’ll assume that you know him better than he knows himself. This isn’t true, obviously, because Sam and Max’s eloquent-slapstick style appeals to everyone that matters, but it’s the thought that counts. Additionally, you can get the entire season package for $35, which means you get each episode as it comes out, plus a free (plus shipping) disc with all the episodes on it at the end of the season.

For the friend who doesn’t own Beyond Good and Evil:

Beyond Good and Evil. 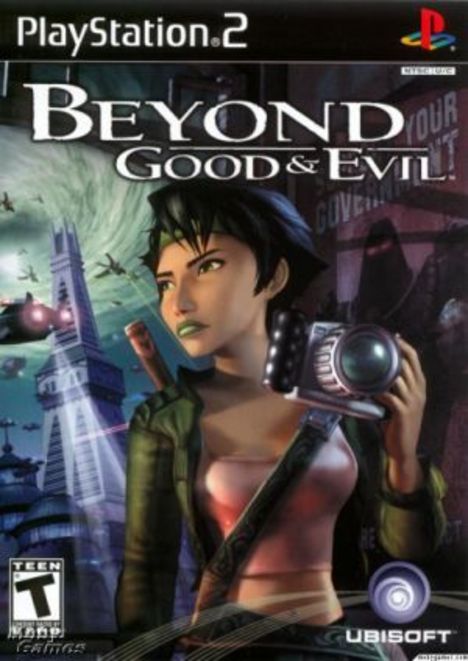 Seriously. If you don’t own it already, what’s your excuse? It’s available on every platform and you can get it for as little as $20 on eBay.

For your kid/nephew/other irritatingly young friend or family member who wants a next-gen system but whose parents will not buy it for him:

A vigorous beating with a sack of ripe tangerines. 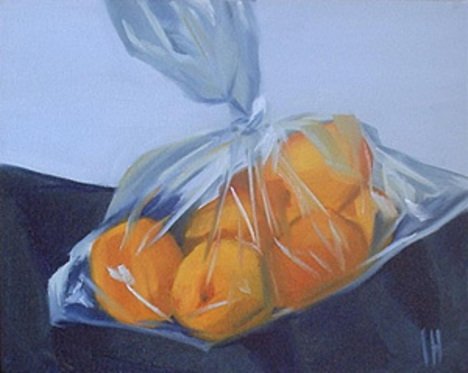 It won’t leave a mark, and it’ll learn ’em to shut up until spoken to.

And yes, I’m aware that this is a gag from Family Guy, and no, I don’t care that I’m ripping them off.

For your friend with an Xbox 360 who already owns Gears of War and Rainbow Six Vegas: 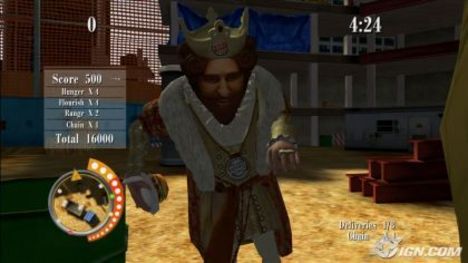 While he brags about getting chainsaw kills in GoW or his perfectly-timed room assault in Rainbow Six Vegas, he will know nothing about the glory and satisfaction one gets from hiding in a trash can as The King, looking out from inside the mask in 1st person mode, and surprising an unsuspecting townsperson with raep/a Whopper. Until you give him this game, that is. Given the official-looking packaging, he’ll think that you spent the kind of money you normally would on a “real” game (you didn’t: the game costs $3.99 with the purchase of a BK value meal, which, I think, averages around $5), and given the shiny graphics, he’ll actually think he’s playing a “real” game and not a 7 hour long Burger King advertisement. However, once he executes his first successful “flourish” move and The King begins to do the electric slide, all will be forgiven.

For your friend who bought Zelda: Twilight Princess for the Wii and didn’t like it: 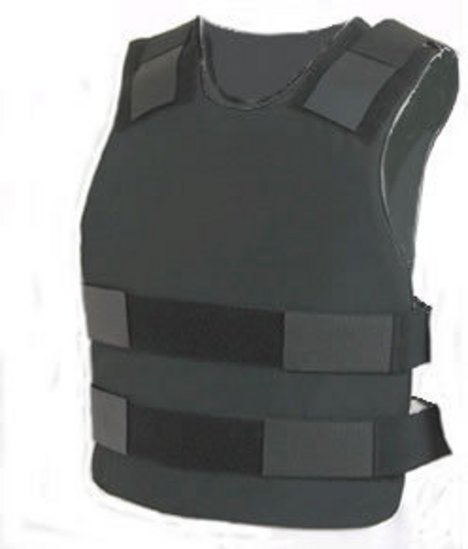 If you haven’t already warned your friend, do so now. Considering the lynch mob that arose out of GameSpot’s (gasp) 8.8 score for Twilight Princess, you’d be showing some prudent foresight in letting your friend know that when Nintendo fanboys get angry, they get REAL angry. If your friend ever complains to you out loud about the game, and one of them catches wind of it, he’s a dead man. He wouldn’t be able to get as far as “tacked-on” in the sentence, “the Wiimote functionality is tacked-on, inefficient, and gimmicky” before a sniper’s bullet would penetrate his sternum. Now, even though this things run at least $300 bucks a pop, it’s really the cheap choice in the long run. If the hail of bullets from angry Nintendo fanboys kill him, then there’ll be an expensive funeral, and if they don’t, then we’re talking years and years of hospital support, which isn’t cheap. Plus, he’ll know that you really care about whether he lives or dies.

That’s all for now. Got gift ideas of your own? Complaints about any of these ten? Hit the comments.