It’s worth stressing a few things about Temtem upfront now that it’s released on PlayStation 5.

If you’re burned out on Pokémon in general, there’s a decent chance Temtem won’t do enough to differentiate itself, and that’s kind of where I fall. But if your love/hate relationship with Game Freak comes down to very specific gameplay criticisms – or a perceived lack of difficulty – it might just click. Besides its “familiar but different” learning curve, there’s a real effort to push back and test players.

On the one hand, it feels great to be challenged again – to have to consider a bunch of short- and long-term factors and truly think things through in any given battle. On the other hand, the grind is no joke.

It’s also worth noting that Temtem is still in early access on PS5. It’s in a good spot, but it isn’t done. 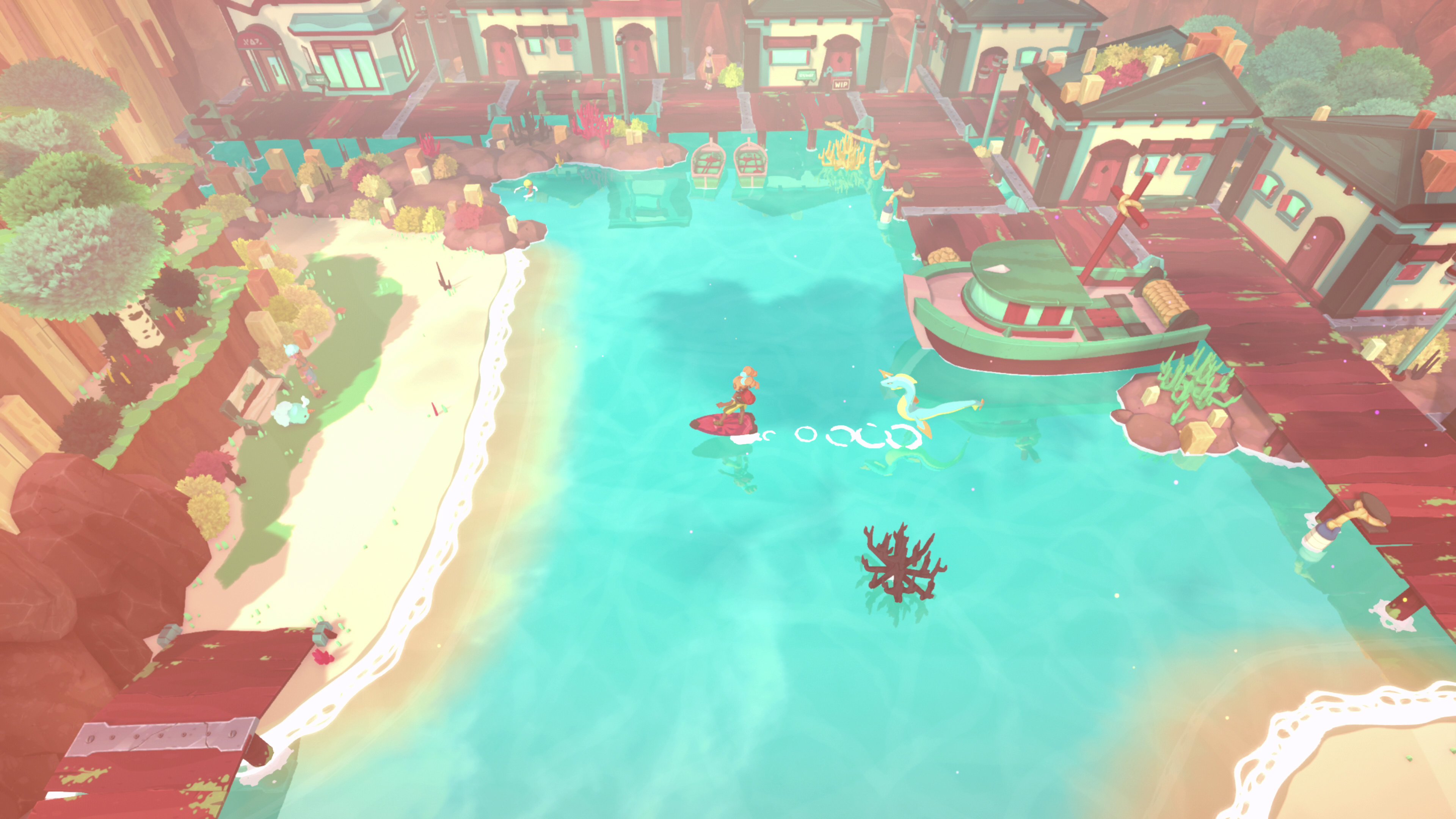 First, the good news: the PS5 port of Temtem looks sharp in 4K, it runs smoothly at 60fps (minus some occasional seemingly network-related hitches), it’s snappy to play on a gamepad, and the load times are pretty short. This version is my first time with the game in general, so I’m thankful I missed a lot of the online-only woes that affected PC players during the original early-access launch period on Steam.

I would’ve liked to see more bells and whistles with the DualSense controller – it sounds as if haptic feedback support might come later – but I appreciate that the controls are remappable. The early access version on PS5 is priced fairly – it’s $37.49, the same as the PC edition – and it’ll go up to $44.99 when the 1.0 rollout happens. Currently, there aren’t any trophies, and the Activity cards are minimal.

Content-wise, there’s a hundred creatures to collect, dozens of hours of main-story questing, player housing, and ranked multiplayer, with 60+ more Temtem, two more islands, and additional features on the docket. Crema has already gotten PC/PS5 cross-play up and running, so you’ll see Steam players running around the routes, chatting, or hanging out in popular places like the Breeding Center.

Side-note: Temtem is also coming to Xbox Series X/S and Nintendo Switch, but not PS4 or Xbox One. 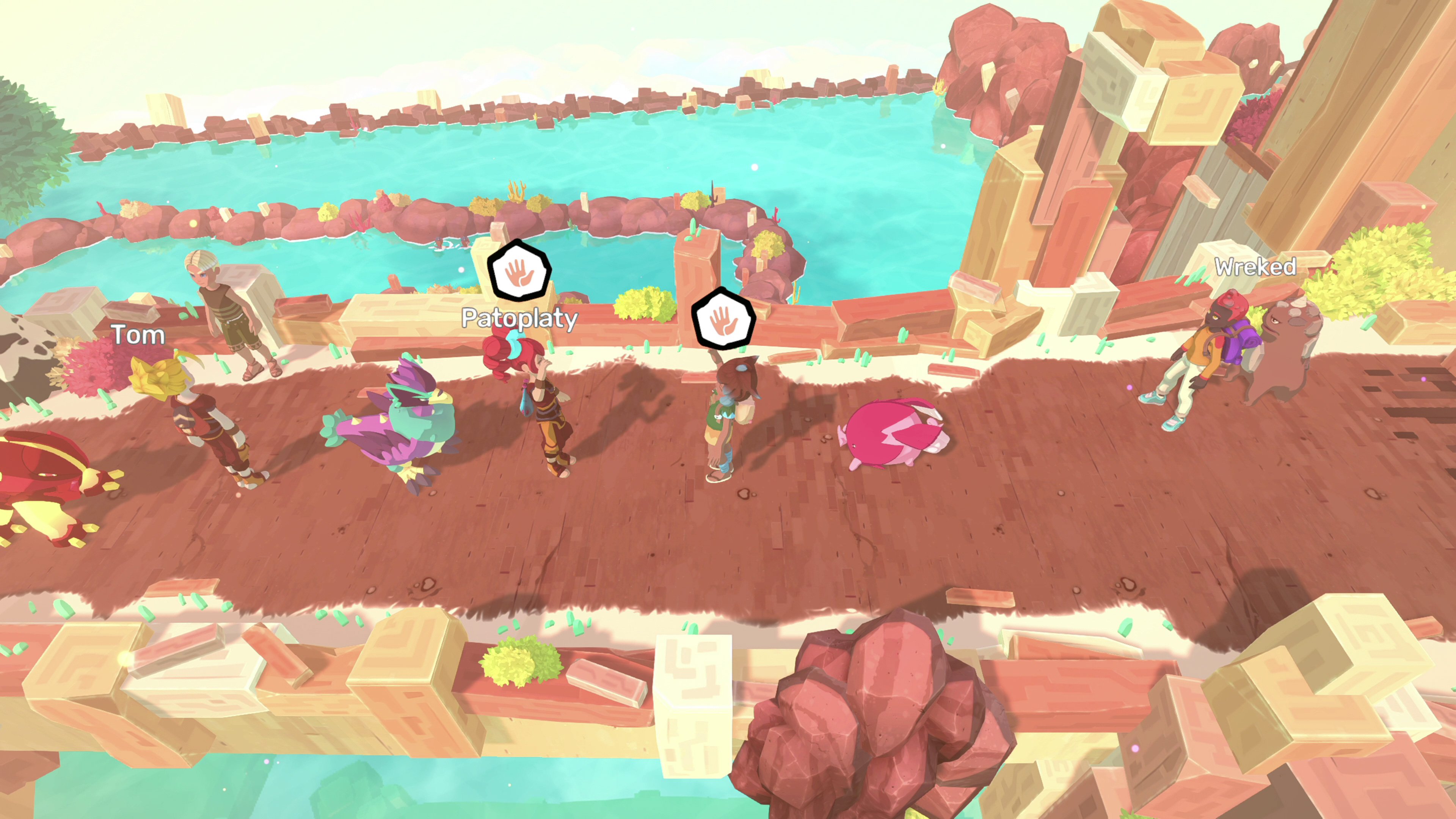 Is it fun to play? Does it stack up against a series as iconic and long-running as Pokémon? Yes and no.

Temtem can’t compete on monster designs (they’re hit-or-miss), and it’s aiming for an older and/or more experienced audience whereas Game Freak is perpetually looking to bring in all-new fans. Crema borrowed a lot of concepts that work well, slightly tweaked others, and came up with some fresh ideas, including a stamina-based system for moves that meshes well with the two-on-two battle format.

Aside from learning Temtem‘s eerily similar type-effectiveness chart and realizing that this game is not afraid to wipe out your team with run-of-the-mill trainers (to say nothing of the Dojo leaders), the other early hurdle to overcome is the flow of battle. Unlike Pokémon where you’re given ample opportunities to use your most-lethal moves and can easily tag healthy creatures in, there are dire repercussions to consider. More powerful moves use up extra stamina, and if your Temtem go overboard, they’ll hurt themselves – even to the point of a self-inflicted KO. There’s this mental tug-of-war between trying to take out dangerous Temtem asap and staying patient so you can squeak out a meticulous win.

I genuinely dig this design, and it’s my favorite part of Temtem by far, right up there with the vibrant floating-island world. There’s also a ton to dig into for stat-obsessed players and breeders. If you’re more relaxed, you might be put off by the challenge, but I found it rewarding more than frustrating.

That said, after a weekend with the PS5 version, I’m probably good for now. I’ll circle back when the game is out of early access. I’m not necessarily looking for a grindy creature-collecting RPG at the moment, but if you are – plenty of you will be! – this is the Pokémon alternative to consider, for sure.