There’s a long road ahead of Temtem‘s 1.0 launch. Crema pulled off a strong Steam Early Access release just over a month ago, and it’s picking up fans who are down for an alternative take on the Pokémon formula, but the real trick will be keeping players engaged in the months to come. Early Access is hard!

Today, the team shared its vision for the rest of Temtem‘s year. It’s a roughed-in 2020 roadmap – not every feature is “100% confirmed,” and delays and date swaps are expected – but here’s the schedule. 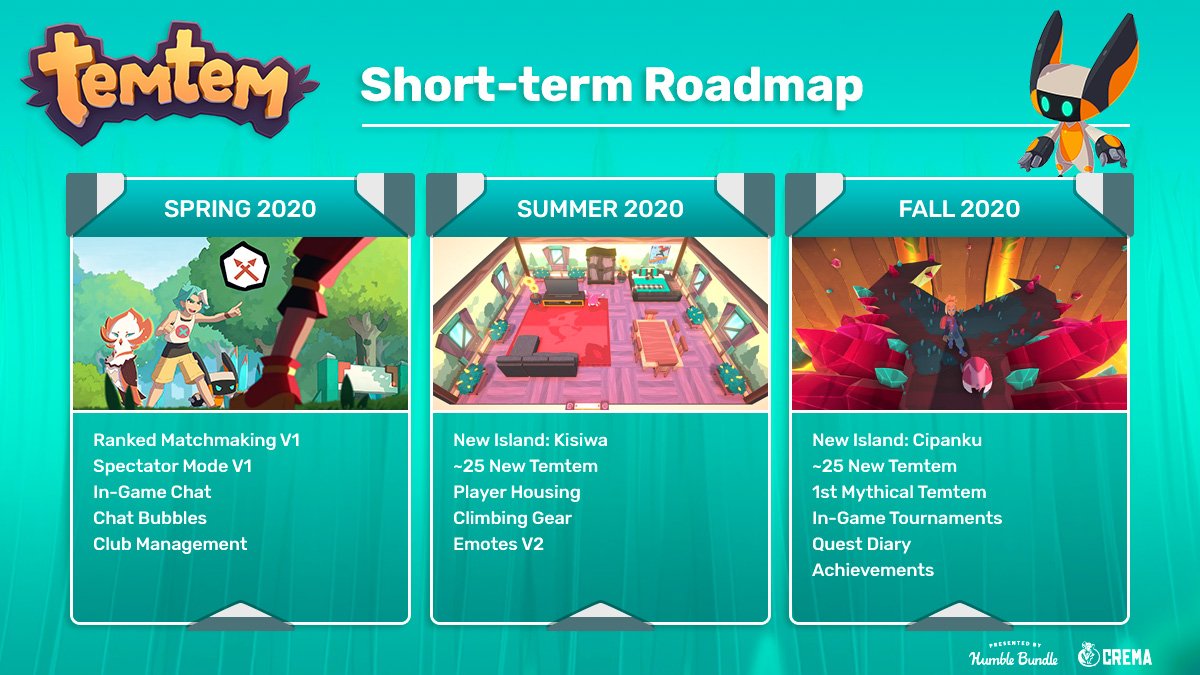 In short, you can expect the first pass at ranked matchmaking plus in-game chat, spectating, player housing, tournaments, achievements, new islands like Kisiwa and Cipanku, 50 new Temtem, and the first Mythical Temtem. Under the current schedule, those additions will be out by the end of 2020.

“We’re not really big fans of having public dates for everything, they add a lot of unnecessary pressure on the team and they make making changes and swapping features around a very difficult task. We know everyone else likes dates though, so we’ve decided to include open dates for each block of features. Take them with a grain of salt and expect delays and features moved around dates.”

In a blog post, Crema gave more specifics about what’s ahead including auto-scaling for the ranked queue, and overall balance, which will stay not-so-perfect “until the Temtem roster is complete.”

You might also want to know how housing will work in Temtem. The Atoll Row area will be “infinite,” so player housing won’t suffer from scarcity problems. “You will be able to decorate your house using furniture bought and earned in-game, and every furniture store in the Archipelago will open their doors and will showcase different furniture in each island.” You can invite players inside your home, too.

The team also has “ideas to include useful furniture” like an incubator and a fruit tree. Sounds cozy.

[Update: Crema also shared the second-half of its roadmap that bleeds into 2021.] 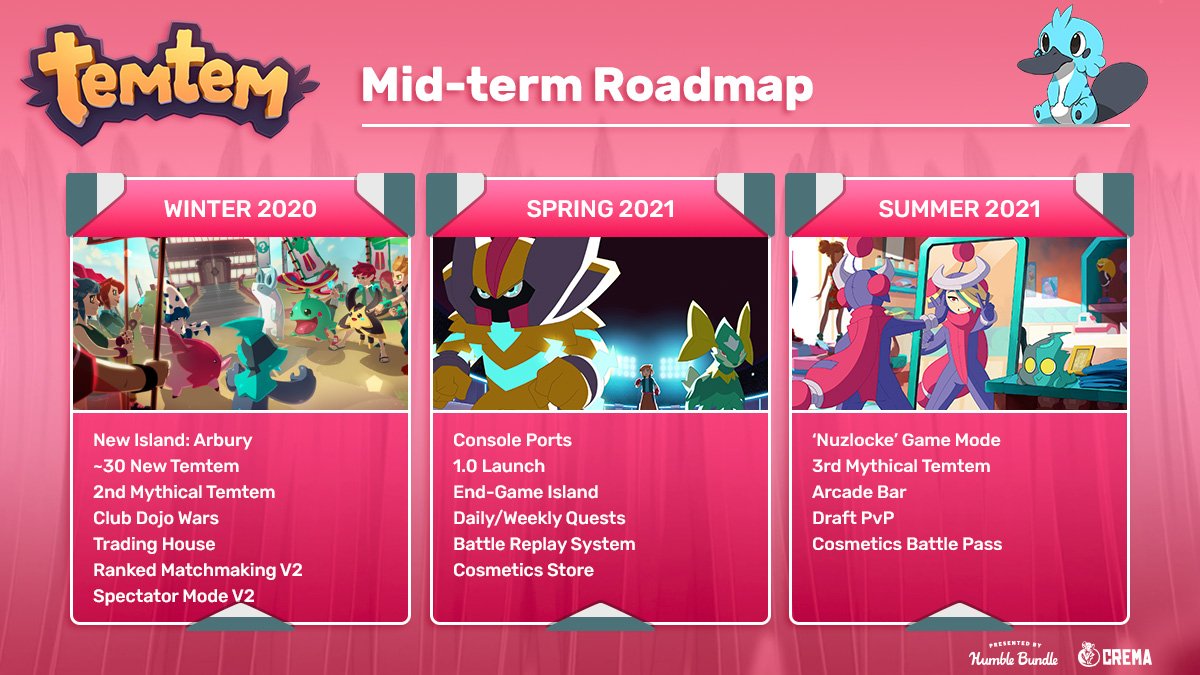 Most notably, Temtem is expected to hit its 1.0 launch on Steam and also release on Nintendo Switch, PlayStation 4, and Xbox One in spring 2021. Also cool: Nuzlocke mode is planned for summer 2021.

Crema is looking into cross-play and cross-save support for the console versions of Temtem, but they aren’t a sure thing yet. That said, the team hopes to “achieve cross-play on every platform we launch.”

As for Nuzlocke runs in Temtem, they’re more involved than you might have expected. Not only will you “only be able to capture one or two [Temtems] per area,” if they fall in battle, they’re gone for good.

“Nuzlocke players will play on a different instance of the server, and they will only play around other Nuzlocke players. Trading will be limited due to the Nuzlocke rules, but PVP will not. So if you’re brave enough, you will be able to duel other players and face a permanent loss…”

I can already picture the crushing on-stream defeats.

Talking a bit about the future of Temtem [Crema]