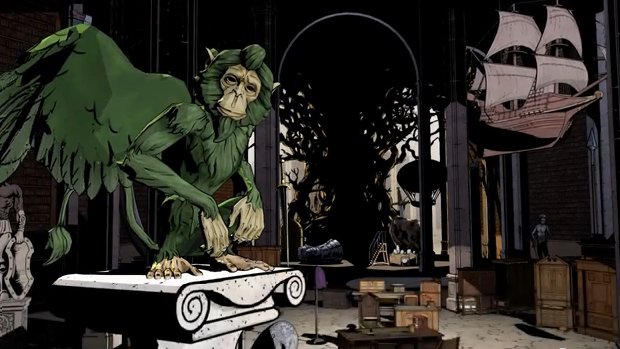 Walking Dead-style adventure game based on the comic Fables

Telltale’s coolly named follow-up to the critically acclaimed The Walking Dead riffs off of an established property once more. The Wolf Among Us is a prequel to popular Vertigo comic Fables, which I know by name, but haven’t read. That being said, with the initial screens and now this trailer, I’m already awaiting this one with bells on my toes.

Also, for as pretty as the art style is, what with its cool purples and such, let’s not forget to credit whoever made that title font at the trailer’s end. So slick.

Early grumblings suggest Telltale is sticking with a focus on making choices, but there’s also more divergence being added with some sort of time keeping that could yield players different scenes depending on when they do things relative to the narrative. Could be cool.

Telltale has built up a bunch of goodwill with the strong The Walking Dead. Now we wait to see if it can do it even better with The Wolf Among Us‘ first episode, Faith. I’m already down for the slightly more stylized design and weird setting. Also the green monkey gargoyle thing.