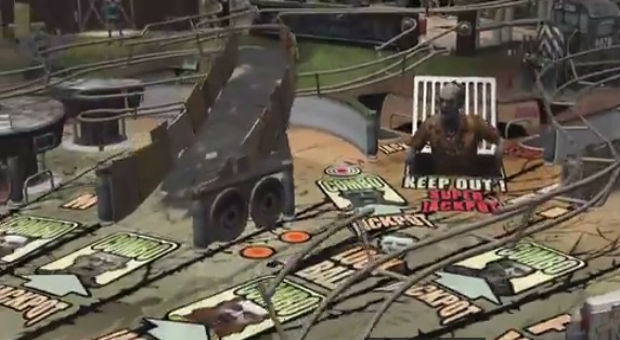 Kill zombies using only your balls

Not only is Telltale’s Walking Dead series coming to Zen Pinball 2, it’s shambling. Or staggering. Or one of the hundreds of zombie-related puns I thought about using for the headline before deciding to play it straight. But regardless of how it arrives, it’s going to be coming to Zen Pinball 2 as yet another brilliant alternative to straight pinball. And if this trailer is any indication, it’s going to be pretty fun.

The pinball table stays true to the original Telltale adventure game, which branching choices that span the first five episodes of season 1, original dialogue, and scenarios that force you to choose who lives or dies. What’s more, this is a collaboration with Robert Kirkman, so you know it’s going to deliver.

The Walking Dead pinball table will be shown at E3 next week, but will be up for grabs as a digital download this summer across PC, consoles, and mobile devices. Now we just need The Wolf Among Us to be graced with a pinball adaptation. Can you imagine? We’d ask, but I imagine Telltale would respond with “These lips are sealed.”