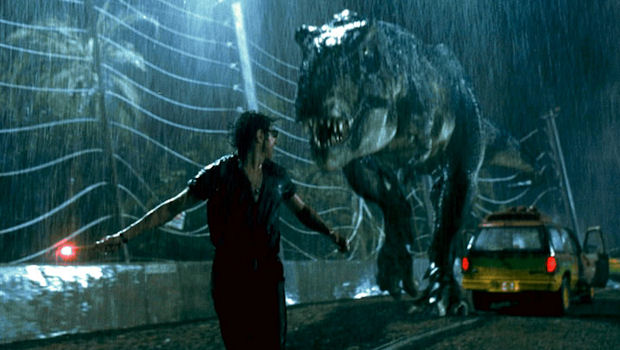 According to Jurassic Park developer Telltale Games, the upcoming dinosaur adventure title will share some things in common with Quantic Dream’s Heavy Rain, with interactions, puzzles and even quick-time-events inspired by the PS3 thriller.

The game is set immediately after the first film, with a few incidents happening during the classic classic 1993 romp. Familiar faces like Ian Malcolm and Dr. Grant won’t be encountered often, and you shan’t be stepping into their shoes, but some of the support cast, such as the chief veterinarian, will take a larger role. From what’s been gathered, you’ll play as a member of the park’s staff.

QTEs will have meaningful consequences, in a way that most of the QTEs in Heavy Rain pretended to have. It’ll be split into five episodes, and the art style is said to be a lot more realistic this time around, as opposed to Telltale’s more cartoony fare.

I’ve never been much into Telltale’s stuff, mostly because they take IP I have little interest in. Jurassic Park changes that, however, and I’ll definitely be keeping an eye on this one. So long as they don’t copy Quantic Dream too much, and have a incoherent dialog, terrible characters and a twist that makes no logical sense.