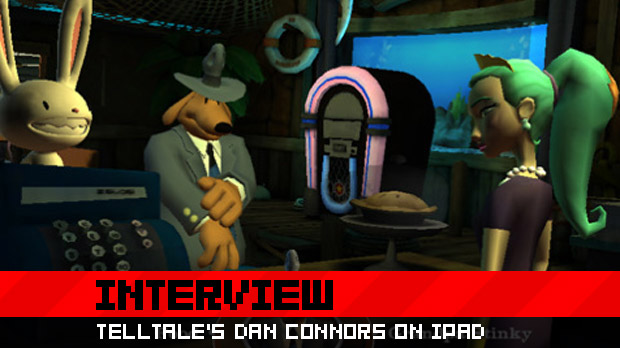 You may have heard that Telltale’s latest, Sam & Max: The Devil’s Playhouse, will make its episode one debut on the iPad, skipping over the PC, Mac and PS3. That’s right: Episode one, The Penal Zone, will be on Apple’s tablet first, about two weeks before the rest get it.

I had the chance to speak with Telltale CEO Dan Connors about the game’s release as well as the future of iPad gaming. From what he says, it sounds like Sam & Max is a perfect fit for the iPad. They like it so much that they’re already thinking about other games on the device.

Read on for our interview with Telltale’s Dan Connors.

Destructoid: Why debut Sam & Max: The Devil’s Playhouse on the iPad?

Dan Connors: We just couldn’t say no. It’s great for us because the device really revolutionizes the way our stuff is played. We’ve always been excited to play the types of games that we build on a touch device and still being able to support all the cinematic qualities and gags and things that we do. We’re really excited to be there at the launch.

From the looks of it so far, from the screenshots, looks like the best looking title on the iPad.

Thank you! We kept a lot of everything we were putting into the other platforms on there — from a rendering perspective — as much as we could. And then the fact that the screen is such a revolution: it tightens up really nicely and makes everything look really sharp and crisp. It just works really well on the device. 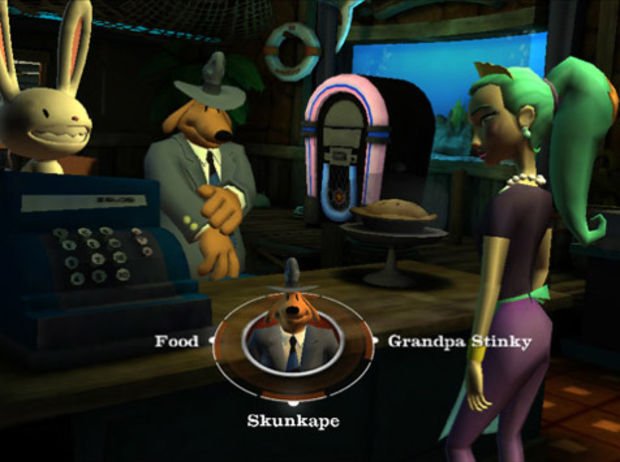 It sounds like you feel good about the iPad as far as its 3D capabilities go. Were there any compromises that you had to make to get Sam & Max onto the iPad?

We do move across channels a bunch. We’ve been in some really tight spaces in our life, I’ll have you know. This one wasn’t that much more of a challenge than some of the other stuff that we do. All in all, I think we’re really happy. We had no idea how it was going to perform with us trying to push as many polys as we do in some of our bigger spaces. It has held up well.

I’d bet this game will be the showcase for 3D games on the iPad.

I think this would be a good example of what it’s capable of.

How does the game compare to the upcoming PC/Mac and console versions?

It’s really close. Right now the shaders on the PC and the PS3 are just so advanced that it’s hard to get to our highest quality that those devices are going to have. On the screen that it is, and on the device that it is, it would probably be our medium graphics setting. A lot of average PC users will probably see a similar thing.

What other kind of changes did you have to make to get Sam & Max on the iPad?

We really focused on the controls and making it feel right in touch. It just felt so natural once we were in there doing it. There’s always been this talk: ‘if only adventure games were on the iPhone,’ as it would be perfect for the mechanic. We jumped in and started playing our stuff by just touching things on the screen. It just felt really good. So we focused on making that work as well as we could. 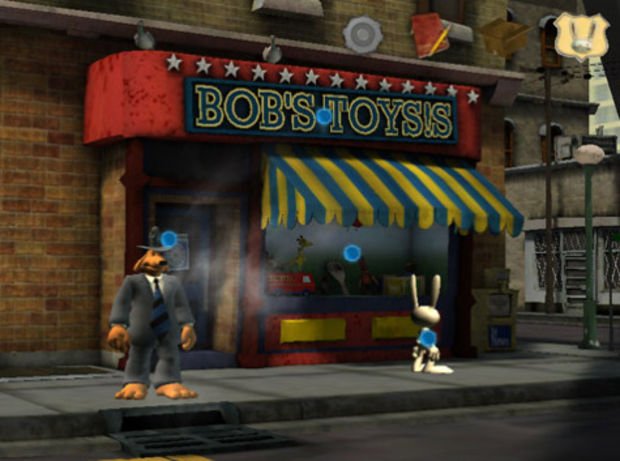 I think the platform is also a good fit for your downloadable episodic model. Did you ever think about the iPhone before, or was the iPad your jumping in point?

As storytellers, I think it would have been really hard for us to try to get ourselves across what you’d play on a PC on a really small screen. We really would have had to rethink a lot of things. I think that with the iPad, it’s just a lot closer to what we do. It feels like the right place for us to jump into the handheld game, because that’s where the technology has evolved to.

With the iPad, there’s a bit more possible than just pointing and touching. Gestures, for example. Have you incorporated control outside of simple touch?

It’s our first time out, so we’ve stayed pretty basic with it. Certainly, our eyes are open to all kinds of possibilities now that we’ve done one.

Surely you’ve thought of some of your other IPs for the iPad. Any that you can talk about right now?

We’re thinking about the whole thing. It’s always been our thing for when me move to a new platform to have a strategy for the library, to try to get it there. Now that we’ve got 28 discreet products, it’s just a matter of kind of cueing everything up and bringing stuff to the different platforms as we can and have the bandwidth for while we’re pumping out the new stuff. Yes, we’re very interested to see how this plays out. Our technology is moved over onto the device. We definitely have big thoughts about the library. We also have thoughts about some specific stuff that would work specifically on the iPad as well. It has certainly started a lot of great creative talk over here, which is good. 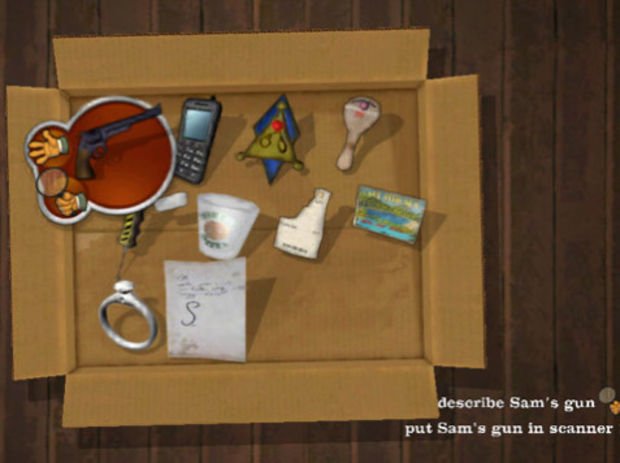 I think there’s a lot of room for your existing library to reach new gamers that may not have consoles, but now have an iPad.

For those users, our stuff is going to feel a lot more natural. They’re going to relate to it on a different level than they do when they try to play it on a console or on a PC. For this, it really feels like you’re playing through a movie, or sitting back and playing an interactive book.

With episodic content like this, what happens when the initial release doesn’t do as well with subscriptions? Do you continue on anyway?

When we do the season subscription, we do, because people have come in and bought the season plan. We don’t have anything like that set up with Apple right now. We just got the first one out so that it can serve as a pilot. In general, that’s not always how we’ve worked.

Frankly, and from a risk-taking standpoint, we would like to get people used to the idea that we might release a pilot of something and then if it takes, we’ll green-light a season. I think that model would allow for us to take more chances and innovate more. We’re still trying to figure out exactly how that could play out.

I guess that with this coming out for PC, Mac, and PS3, that could give you more avenues for increased success. Are you out to release your titles on everything?

It’s great because it offers more creative outlets for us, and, as a digital storyteller, more ways in which we can let people interact with our characters and hear our stories. That’s a good thing, especially for new audiences. It has been a challenge for Telltale to take that kind of quirky stuff outside of the people that know it.

Speaking of accessibility, is it true that Sam & Max: The Devil’s Playhouse can serve as a starting point? In other words, no prior series knowledge is necessary?

Yeah, definitely. We did that for the PS3 as well because we knew that there would be a lot of customers there that were seeing it for the first time. We wanted to make sure that it was super accessible for them. We had to hold ourselves back a little bit, but I think it has worked out well. I think the things that we’ve done and the story we’re telling is definitely going to meet the requirements of the Sam & Max fans. It should be pretty accessible to new players. We’ve also done things like the psychic powers, which add a whole other element to the game that I think people are going to really appreciate. 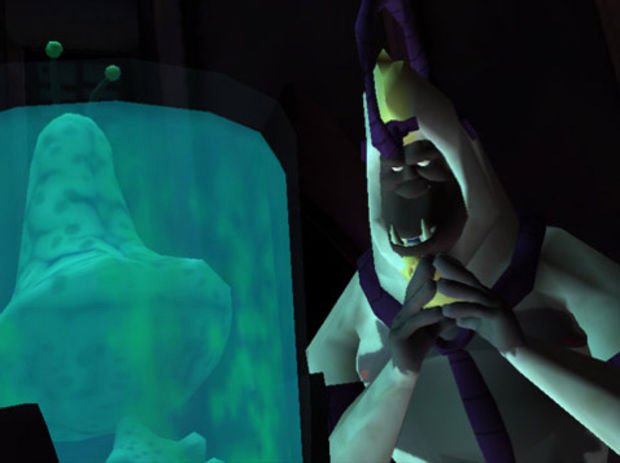 Some have pointed out that the collective price for the entire story amounts to much more than your typical downloadable game. What do you say in response to that?

To us, we looked at this as a competitive gaming device, and not like a shrunken down version of your favorite game. And because the game looked and played as well as most of our other stuff, it didn’t make sense to downgrade it.

For us, the season subscription is always the most interesting. We’ll try to figure out a way to make it so that people that get all five get to pay a discounted price. That’s the way it works on our site.

Whenever we’ve launched on Xbox or WiiWare, where they didn’t have the subscription model in place, it has always been $10 an episode.

Any guesses to what the total final game size would be for The Devil’s Playhouse? If the first episode is over 200mb, then I’m guessing that the full story would come in at about 1GB, or 1/16 of the total storage of the smallest iPad.

We’ll get better. We’ll make them smaller as we go. We’ll make sure you can fit them all on and play them. We don’t want to take up all your space there. The App Store makes it easy to manage your content so that you can have one downloaded at a time.

I appreciate that you’ve put a full-blown, console-quality video game on the iPad from day one.

The thing is that the device, from what we’ve experienced with it, is pretty cool. I think that people just need to understand what the entertainment from it is going to be like.

Thanks to Telltale and Dan Connors for this interview.