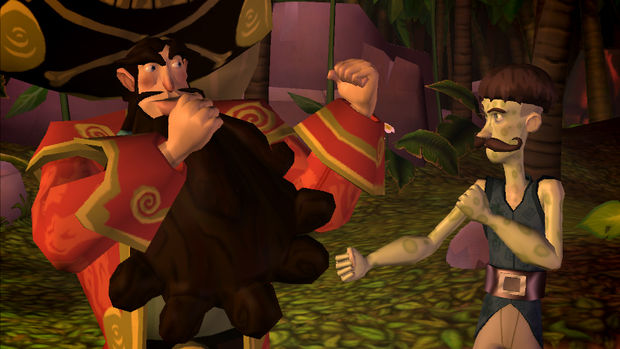 Macintosh owners need something else to do with their Magic Mouses, and hey, it’s possible that Tales of Monkey Island might scratch itchy fingers at some point in the future. Speaking to GI.biz, Telltale Games CEO Dan Connors said his studio is looking to drop their episodic content onto other platforms aside from their current line-up, which includes the PC, Xbox LIVE Arcade and Nintendo’s WiiWare.

“I definitely think there’s huge potential there,” Connors said, “and right now we’re working on getting our content over to some more channels, over to new consoles and the Mac.”

Later in the conversation, Connors talks handhelds in relation to this, mentioning specifically that the PSPgo would be a ripe platform for some Telltale love: “And after that’s done, we’re going to be looking at handhelds,” he said. “I think we have to consider the PSPgo for sure.”

More Telltale Games, uh, games on other platforms? Great. Bring it on. We hate switching partitions.