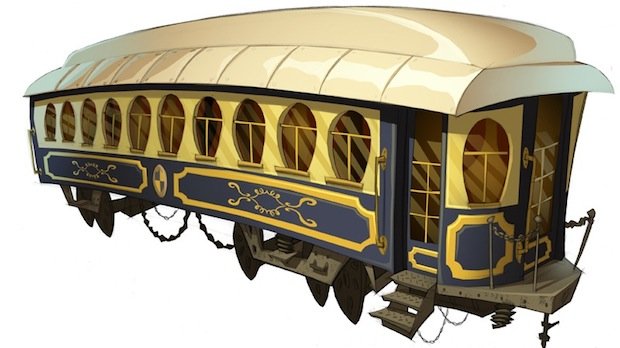 Thanks to episodic gaming, we rarely have to wait for a sequel. Such is the case with Sam & Max: The Devil’s Playhouse. The series is slated to pick up again “in just a few short weeks” with the release of the second episode: the “Tomb of Sammum-Mak.” Creator Telltale Games released just a bit more information about the game earlier last week, confirming more psychic powers are on the way for Max, and promising “peculiar foes” and a “journey” on a train called the “Disorient Express.”

No word if the Disorient Express will offer up hilarious “baby stapled to the chicken”-style riddles, but Telltale did provide some concept art of the choo-choo among other assets to be included in this latest adventure. Check them out, you dopey f*cks!