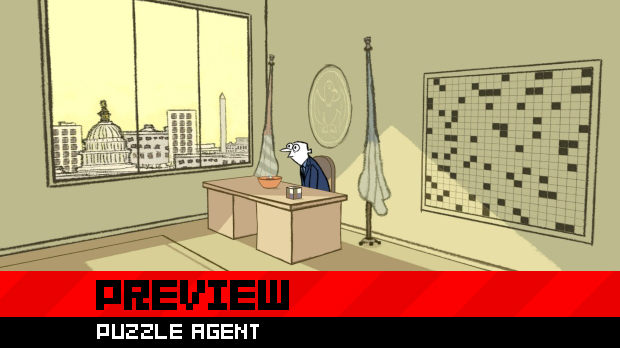 Telltale just held a small little meeting here in San Francisco where they revealed just what the hell this iPhone full of erasers was all about. Telltale unveiled a new game, along with a new initiative called the Pilot Program. Telltale is all about releasing quirky little titles that others won’t touch, and the Pilot Program is their way of getting even weirder concepts out there.

Puzzle Agent is the first new title to be featured in the Pilot Program. It’s an adventure puzzle game in the style of the Professor Layton series. The art of the game is done by Graham Annable, and Telltale is working with Annable to bring gamers a fusion of their signature storytelling skills and Annable’s unique art style. 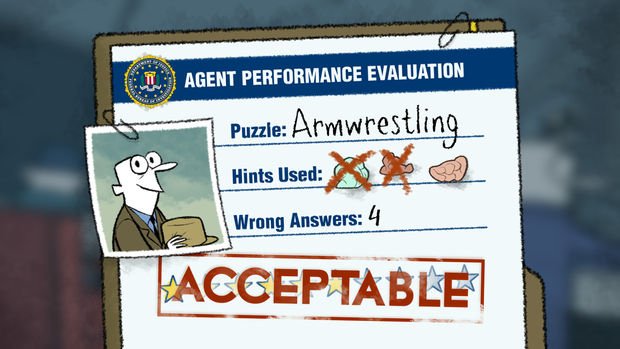 Puzzle Agent follows Nelson Tether, the lone agent of the FBI’s Puzzle Investigation division. Nelson is sent out to Scoggins, Minnesota, to investigate why the town’s eraser factory has been closed down. Nelson soon discovers that the town is hiding some kind of secret and it’s up to you to find out what’s going on.

You’ll go through the town talking to the locals as you try to gather clues and uncover the town’s mystery. A big portion of the game will see you solving puzzles; the one puzzle we were shown had Agent Tether needing to figure out who won the ladies’ arm wrestling match. Each of the ladies will give a clue, and the player has to figure out who the winner really is. You’ll have three hints that you can use to help you figure out the puzzles. The hint system is tied to the pieces of gum you can find scattered throughout the game. Nelson loves gum, and he thinks best when he’s chewing some.

Annable’s art style is pretty simplistic, yet something about it is extremely charming. Above is a clip from the game where Nelson meets a red elf. The elf looks like the elves from this video — and these elves just might have some kind of connection to the closer of the eraser factory and the town’s little secret.

We only got to see a glimpse of Puzzle Agent, but from what I saw, this game has some promise. Annable has a very dark sense of humor, and Telltale is well known for their humorous games. Combine the two and it looks like a match made in heaven. Check back next week as Telltale will have more on Puzzle Agent, including pricing info.