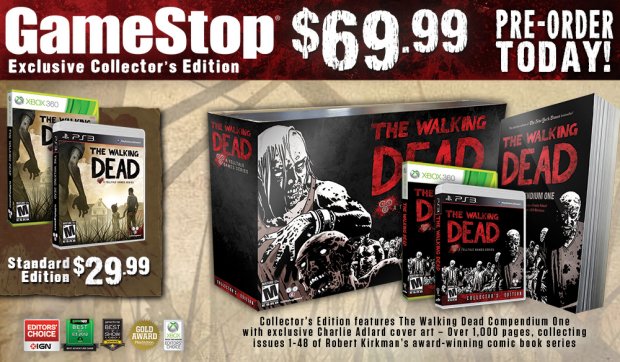 48 issues of the comic book included

Telltale has officially announced the retail version of The Walking Dead, alongside a special collector’s version. The physical copy will contain all five episodes of the adventure game series for $29.99, and is due December 4.

The collector’s edition not only has the episodes, it also contains issues 1-48 of the original comic book series. A pretty neat tie-in for fans of the game who have yet to delve into the series’ inspiration. It’ll cost $69.99.

The collector’s edition will be a GameStop exclusive.