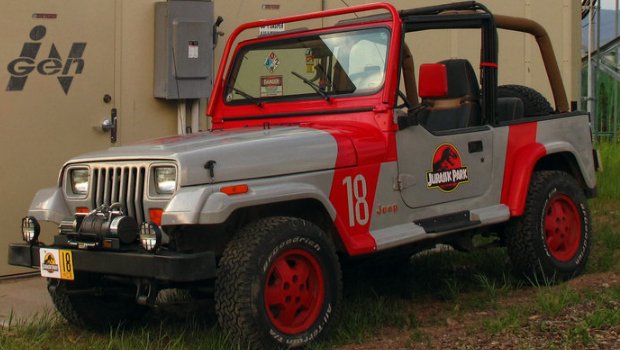 [Update: Telltale’s Kevin Bruner has responded on Reddit, saying the company has been in regular contact with the Jeep’s owner, but the insurance process has been time consuming. “To expedite this, I’ll be writing a personal check to cover what we understand the damages to be — this way we won’t need to hash this out publicly any longer.”]

Telltale Games has a Jurassic Park game coming out, as I’m sure you all know. In order to promote the game, the company contacted the owner of a (presumably) hard-to-find Jurassic Park Jeep to showcase at PAX. The man was already friends with the chap who owned last year’s DeLorean, so he assumed it was a trustworthy deal, and that the car would be treated with reverence during its insured, enclosed flight to Seattle.

Unfortunately, the once-pristine car made it to the convention covered in scuffs, scratches and dents. The owner had already cut Telltale some slack when he discovered the Jeep’s transport wasn’t enclosed, and he then cut CEO Kevin Bruner even more slack by letting them still use the damaged vehicle until PAX was over. However, he claims to have not been given the same courtesy afterward, when he attempted to get retribution.

Telltale simply told him that the damage received to the vehicle was not due to the car carrier, ergo not Telltale’s responsibility. It also claimed that the car had been inspected “in the rain” which might account for the damage not being noticeable. In any case, Telltale’s rep — who admitted to knowing nothing about cars — signed off on the inspection and released the car carrier company from liability.

The owner is still trying to dispute the issue, but Telltale’s been giving him the cold shoulder.