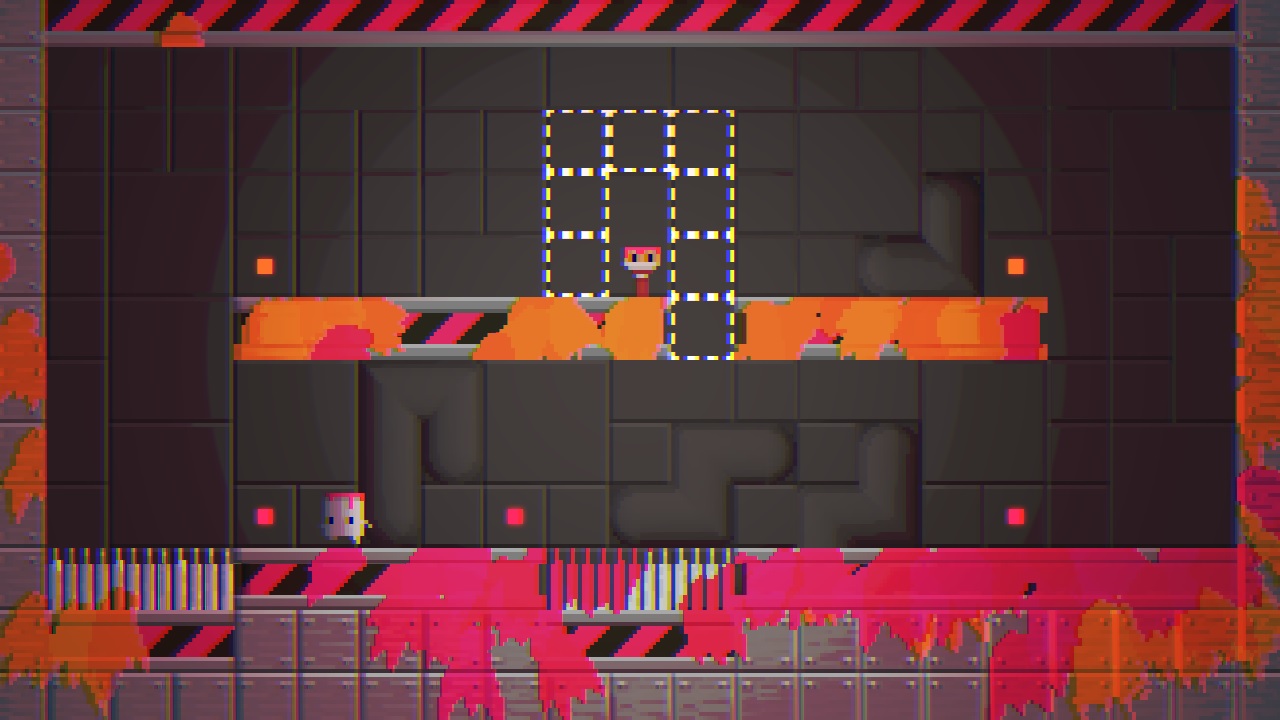 And the follow-up to Titan Souls is… a puzzle game for iOS. Bet you didn’t see that one coming!

While that may sound like quite a departure from Acid Nerve‘s last project, it has a similar origin story. Both games were prototyped at game jams, though Telepaint was created two years earlier.

Now that the concept has been fleshed out, Telepaint contains over 100 puzzles spread across six worlds, all backed by a new original soundtrack from Titan Souls composer David Fenn.

“We like to try new ideas constantly, experimenting with concepts and expanding on them if they’re fun,” Fenn told Destructoid when asked why Acid Nerve was moving in such a different direction.

“Telepaint was initially part of a game jam which used huge buttons on the floor that individual people had to stand on to activate corresponding teleports. We always liked the concept and the puzzle potential it presented, so it’s something we’ve wanted to make into a full game since before Titan Souls even existed.

“It didn’t elegantly translate to a controller or keyboard once you took those huge buttons away,” Fenn continued. “And tapping a touchscreen allows you to be faster and more free than clicking things one by one with your mouse. It was a great opportunity to actually take advantage of touchscreen technology in a way that couldn’t be done better with any other hardware.”