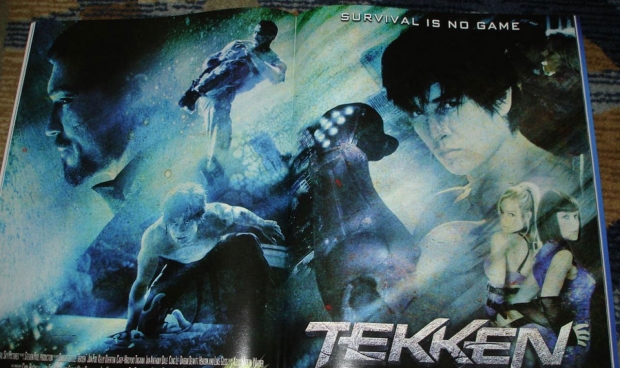 Despite my other job being that of a film critic I have been paying little to no attention to the upcoming Tekken film set to be released in 2010 at some point. I could make up a plethora of excuses about why, but it’s mostly because I am 99.9 percent positive it will suck, and the new promotional art you see above for the film pretty much pushes that percentage up to 100.

Despite “Survival is no game” being an almost unbearably cheesy/awesome catch phrase it’s hard to find anything else of value going on here. The women look like they were dressed by either someone from the 1980s or at the local costume shop and the men all have decidedly serious faces on that inform me they’re taking this far too, well, seriously. Evidently, in the near future that the film takes place in everything is tinted blue as well. In all fairness though, is this any worse than the Tekken 6 box art? I mean come on Tekken. Street Fighter delivers this, and all you can muster up is five people standing around flexing?