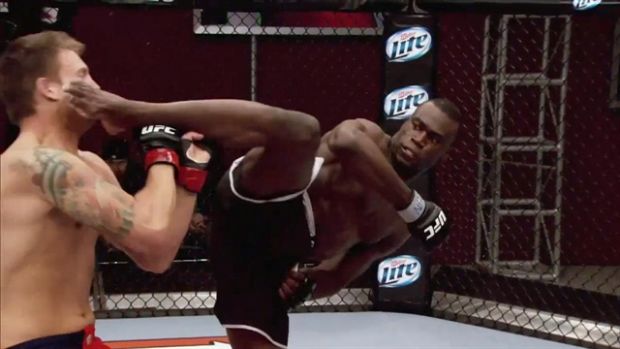 Uriah Hall is a rising middleweight MMA fighter and part of his success can be attributed to, of all things, Tekken. This latest episode of Vice’s Fightland follows Uriah as he describes how Tekken helped with his training.

“I’d go into practice mode and have the computer just spar me back and forth almost like regular training. I would just keep playing until I see something that I’d do or I like, and I would just pick up on it. And for me, I don’t know, visually it was almost like my body just adjusted to it, so when I started to spar moves that I would see it would just come back, like that. It was just something I couldn’t explain.

“Every time I would see a cool move on Tekken, I would just practice it till I got good at it. And when I do it in training they’d be like ‘what the hell is that!’”

Obviously he didn’t become an expert just by playing Tekken alone, more that some of the moves he would see were adapted into his brain. Like Taskmaster. He’s a real life Taskmaster, everyone.

Be sure to watch Uriah knock a guy out with his spinning kick right after his Tekken talk too. Just brutal!