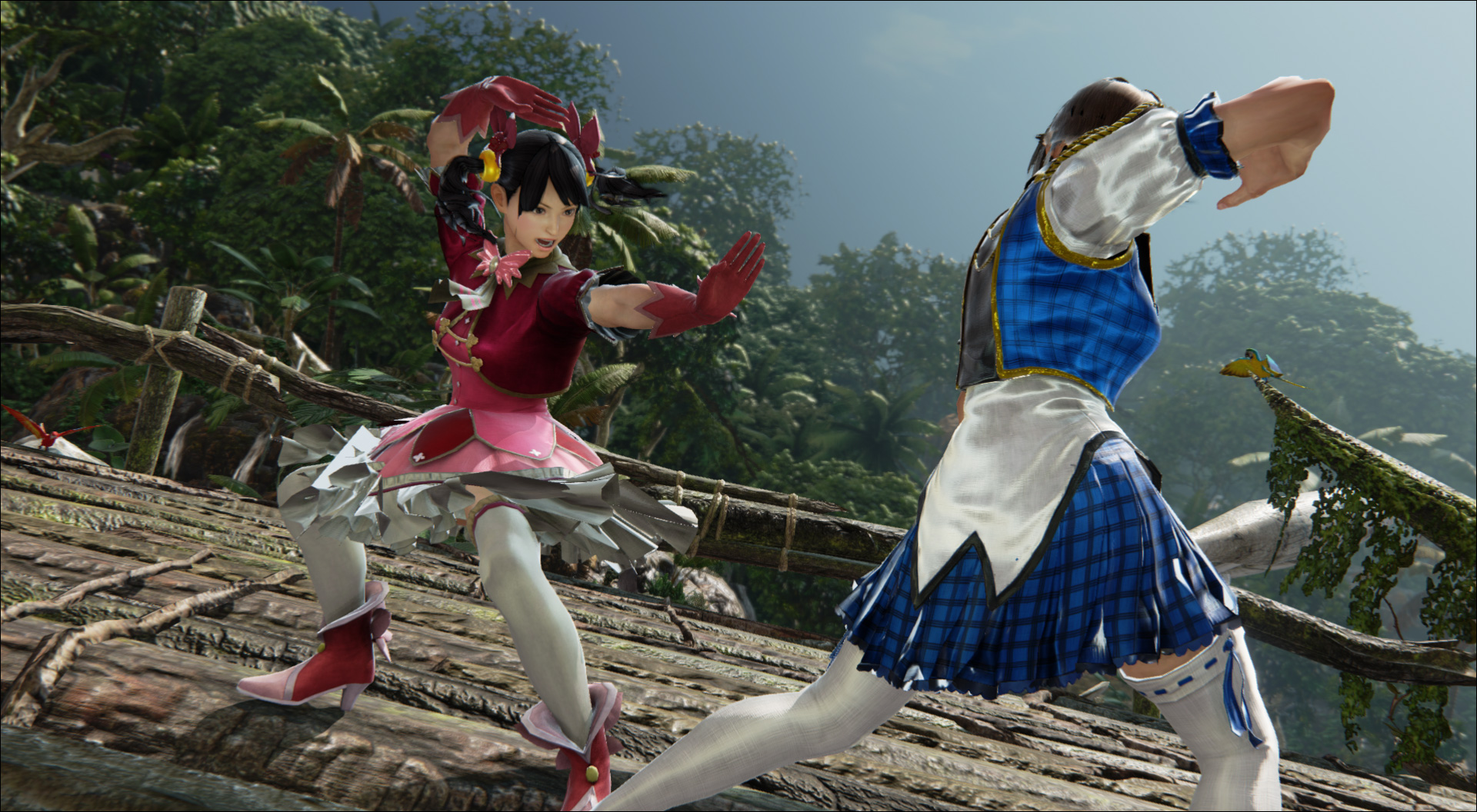 Get ready for the next Tekken

I don’t have as much to say about Tekken 7 because there just isn’t a whole lot to say. It’s Tekken. That’s all you need you know really. If you’re a Tekken fan and been following it, you’ll already know that the game is going to have enhanced visuals, new characters including Akuma from Street Fighter, a new story, and some new mechanics like Rage Arts and Power Crush moves.

You have probably seen the story video featuring Akuma and Heihachi. That along with the arcade mode was available to play Tokyo Game Show this week. I did both, but due to a limited amount of time for play and out of interest of comparison I hit up the arcade afterwards to play some more.

The story with Akuma and Heihachi is exactly what you’ve seen and overall the fighting is mostly what you’re familiar with, though somehow it feels slower than Tekken 6. Or perhaps my memory just isn’t what it used to be. I had also forgotten how simple the game is.

What I do know is that Rage Arts (essentially supers that enhance your health rather than give you invincibility) and some other mechanic which acts like a super but you go into a really long cutscene that can not be canceled out of or skipped. Luckily the latter of these are only in story mode.

The game plays great and looks amazing to boot, but rage arts and the mid-fight story cutscenes kept interrupting the fighting, especially the latter in the story section with Akuma and Heihachi, where I thought I had won but apparently lost. I couldn’t even really follow what was happening very well. The rage arts use up all your rage, so they can only be used once per round, but matches in Tekken are relatively short compared to other fighting games, so those animations take up a great percentage of each battle.

A slow paced fighting game is OK, but downright interrupting the match is a big no-no. Stronger attacks in a game with short fights is also going to help level the field between inexperienced players and the more skillful veterans.

Part of the reason I still haven’t played much of either Mortal Kombat 9 or Mortal Kombat X is due to those slow close-ups of bones breaking, which is a whole other discussion in itself but basically I just hated having the game stop every five seconds to show everyone’s skull cracking. It was old the first time I saw it; just let me play the damn game.

A post-match fatality like in Mortal Kombat or a quick (I repeat, quick) super move like in Soul Calibur is acceptable so long as it doesn’t happen three or four times a match. Soul Calibur…yeah, Soul Calibur! Now if there’s a game that needs a new entry it’s that! I know I may have the most bizarre opinions in the world (I like the Final Fantasy 13 series, I don’t like The Last of Us or The Witcher). But come on, you know Soul Calibur is the better series. Can we talk about that instead? Oh, alright then. Back to Tekken I suppose.

As previously mentioned, the visuals are absolutely stunning; a huge step up from Tekken 6. The animations and frame-rate were also excellent. There’s not much to say about animations and frame-rate when they are good, but what I can tell you is that although I expected the arcade version to be even better than what I saw at TGS, it was actually pretty much the same. I’m sure someone more in the know than I will be able to mention technical differences, but from the eye test they are identical.

Aside from the match-interrupting moves, the only negative thing I could possibly say about Tekken 7 is that it seems to be taking itself too seriously this time around. Tekken 6 and the entire Soul Calibur franchise have always seemed serious only superficially but in actuality are quite goofy. The emerging goofiness of those games remains dormant here. It’s trying so hard to be “cool” that it’s nearly cringe-inducing. Of course this is all based on story bit between Akuma and Heihachi, probably the most serious dudes you could pick. Or maybe it’s just because Akuma is really lame.

Yes, there are silly characters like Leopard, Lucky Chloe, and Yoshimitsu, but were talking about story, which series producer Katsuhiro Harada has said will be dark. He also stated that characters like Kuma and Roger Jr. may interfere with their new serious direction.

Let me be clear though, as it is far easier to write criticism than praise: I think this is a fantastic entry that plays and looks great. I just wasn’t blown away and still think there are better fighting games out there that are faster, more complex, and have characters with more varied fighting styles. If you’re a Tekken fan you will enjoy this update.

A lot of people when asked about sports games reply “It’s just the same game every year with roster updates and some game mechanic tweaks. It should just be a downloadable update for a cheap price.” I love both genres, but could the same not be said of fighting games? Dead or Alive certainly has seemed to move in that direction.