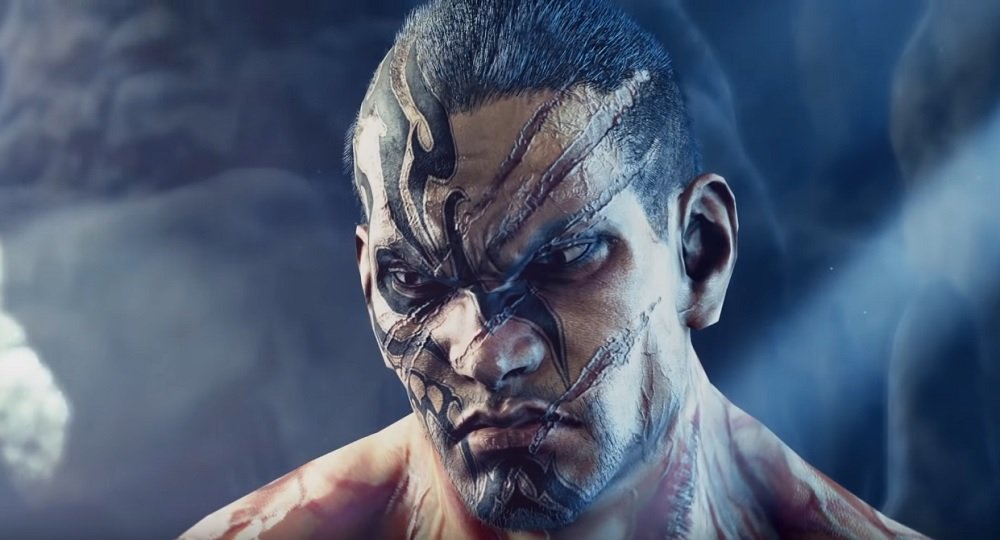 During the Tekken World Tour Finals today, Bandai Namco revealed an all-new character headed to the fighter as part of its current season three content. And this guy looks like a royal badass…

Fahkumram, a legit scary Muay Thai practitioner, is literally airdropped straight into a fight with Marduk by a military team, arriving manacled to a vertical bed. Once released, plastered in scars and tattoos, Fahkumram proceeds to battle Tekken‘s resident MMA expert, knocking him down time and again with powerful kicks, before a short montage sees the newcomer square off with some of Tekken’s greatest to similarly devastating effect.

Fahkumram will arrive in spring 2020, accompanied by the stage featured in the trailer, which is just gagging to be redecorated with his opponents’ heads. Bandai Namco also released videos for stylish new boy Leroy Smith and returning sumo wrestler Ganryu, both of whom are coming to Tekken 7 as soon as December 10. Tekken 7 is available now on PS4, PC and Xbox One.