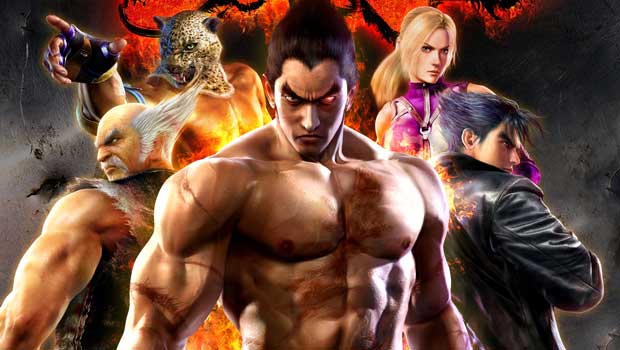 Namco Bandai has let us know that the King of the Iron First Tournament is about to begin… again.
Tekken 6 has gone gold, which means it’s right on track to make its October 27 release for PlayStation 3 and Xbox 360. Outside of what you’d expect from a new Tekken — updated visuals, a big ol’ roster of fighters, etc. — the game will also has a ton of online features on both consoles.
You’ve got your usuals “ranked” and “player” matches, as well as leaderboards for everything from versus modes to time attack and survivals modes. The game will also allow you to both upload and download fighter ghost data, so you can either show people how great you are or figure out why you suck.
But what I personally think is the most exciting feature is the inclusion of Tekken 6‘s “Scenario Campaign” online cooperative mode. (Note: You can also play this offline if you have actual friends.) Available in a post-launch update, this mode will allow you to hop online with a friend and beat up AI-controlled enemies in the game’s brawler campaign mode. This is the same mode I played and had the chance to beat up a baby bear cub. Both heart-breaking and totally awesome, that was.
Anyone out there thinking about picking up Tekken 6? I must admit, I’m a bit burned out on the Tekken 6 series, but the idea of a slightly generic 3D brawler using the entire game’s roster kind of has my attention. Go figure!