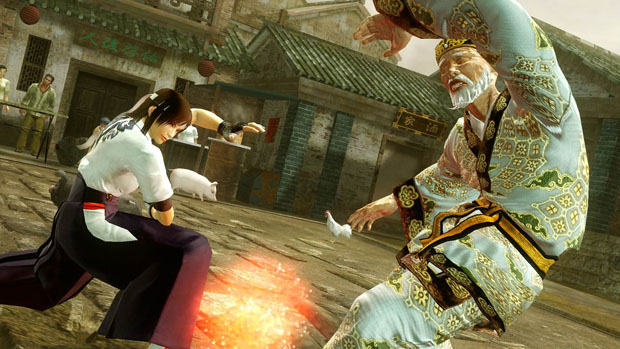 A modern-day fighting game without DLC is like a Thanksgiving without indigestion. You just don’t see that anymore.

Tekken 6 had DLC…kind of. Cardboard Tube Samurai was cool, but not really what most would expect to see as Tekken DLC. There could be more coming. When asked about the possibility of some hot new DLC, Katsuhiro Harada, Producer, told PlayStation Europe, “There is a strong possibility we will. However, even if we were to do so, it would be free to the end user.”

I like “strong possibility” a lot, and I love “free.” Gimme some crazy sh*t, Namco Bandai. Throw in the Prince from Katamari Damacy. I’d love him and KOS-MOS to fight.

Damn, someone needs to let me make a fighting game.