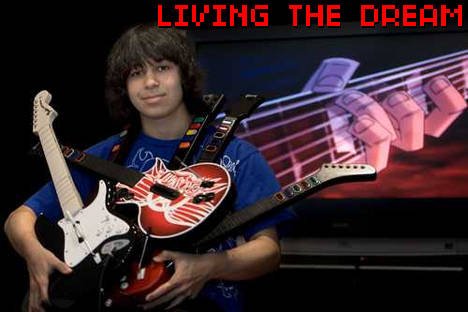 Meet Blake Peebles, a sixteen year-old from North Carolina who has aspirations of professional gaming. He’s so serious about it that he’s dropped out of high school to focus on improving his skills full-time, according to this story at The News & Observer. What’s more, his parents actually consented to this decision.

Now, before everyone gets into a tizzy about bad parenting practices and poor decision-making, Blake is still receiving an education. His parents have arranged for private tutoring which allows for the boy to practice his gaming late into the night. The arrangement apeears to have improved Blake’s study habits as well and his mother, “hasn’t once had to tell him to do his homework, because he does it on his own.”

Blake isn’t earning any serious cash just yet, having only made about $1000 and mostly in non-cash prizes from local tournaments. He has his sights set on bigger things and is heading to a regional qualifying tournament for the World Cyber Games in California this month.

While I’m not sure I could condone behavior such as dropping out of school to pursue a career in playing video games,  it’s refreshing to see that Blake’s parents were willing and able to help him pursue his goals in a responsible manner. And the kid appears to have a decent head on his shoulders about it, too. Still, pro gaming is a tough racket and I hope he has a few ideas for what he can fall back on if he winds up investing several years into this and doesn’t become the next Johnathan Wendel.