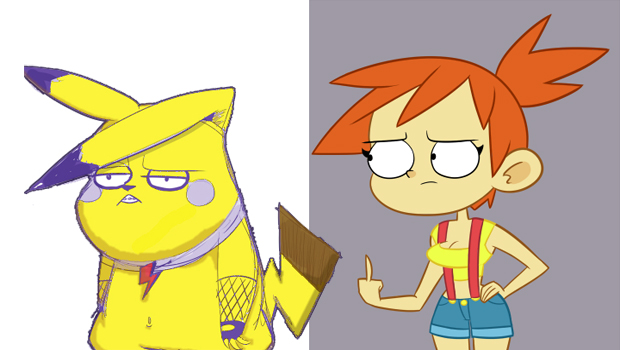 At least four more episodes about that awkward 2nd stage

[Update: The first of this new batch of episodes rolls out on Machinima on Sunday the 17th at 8am. Watch for them here, with a little mini-editorial on classism in gaming.]

The pilot for Teenage Pokemon premiered back in December. I was taken aback by the response. The range of emotions that the show elicited was pretty amazing. We’ve taken everything we’ve learned from way the pilot was received (among other things), and put it all into making four more episodes of the show. They are as well crafted and true to the initial concept as we could manage.

Topics like online dating, the dangers of drug abuse, and the joys of PAX are all on the docket. You can also expect plenty of new characters, things, and even a few cameos from Destructoid people. Depending on how well these episodes do, we’ll either keep going or call it quits. Either way, I think these are turning out alright. I hope you do to.