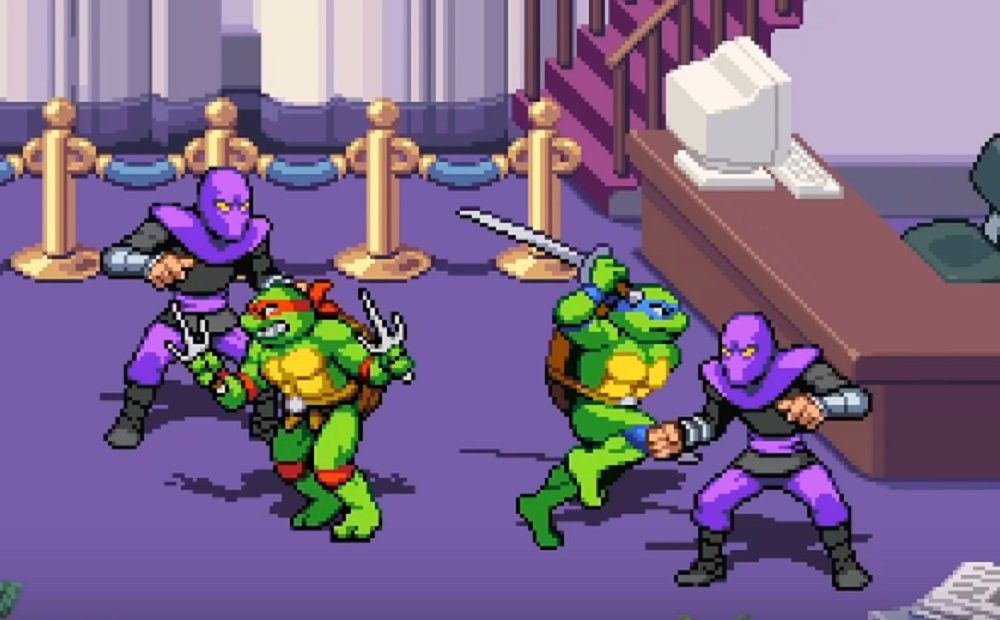 Who is your favorite?

As part of yesterday’s Nintendo Indie World live stream, publisher Dotemu confirmed that it would be bringing its cool-looking brawler Teenage Mutant Ninja Turtles: Shredder’s Revenge to the Switch platform. The announcement was accompanied by a new trailer giving us a quick look at our half-shell heroes in action.

The nostalgia-fueled beat-’em-up will see the TMNT team go up against classic enemies from the hit comic-book and TV series, including Bebop and Rocksteady, Baxter Stockman, the Triceratons. All of this will lead to a one-way trip to Dimension X, and a confrontation with the turtles’ arch-nemesis, Shredder. The new trailer did not, unfortunately, confirm any of the whispers that April O’Neil and Master Splinter will be making their presence felt as playable characters – but developer Tribute Games notes that there is “more to come”.

With an aesthetic that turtley captures Konami’s classic arcades  Teenage Mutant Ninja Turtles and its sequel, Turtles in Time, frantic four-player action, the promise of deep combat mechanics, and characterful animation, Shredder’s Revenge is already shaping up to be a great time for TMNT fans. I was a little switched off by the “hit” sound effects in this trailer, which seem bland, but this is merely alpha footage. I’m very much looking forward to jumping on this with buddies when it finally comes smashing out of the sewers. PIZ-ZA POWER!

(No pizza for me I’m allergic to cheese.)