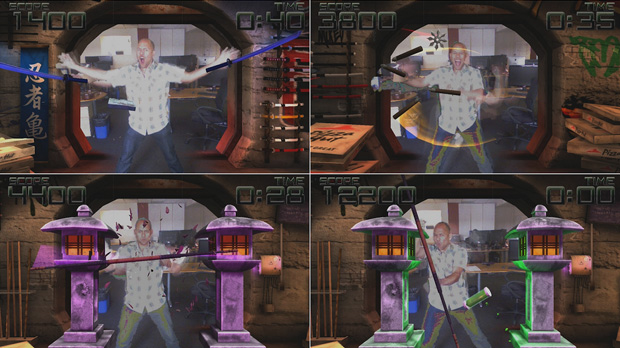 The Bay turtles would be down for this, wouldn’t they?

Dunno about you, but when I think of Kinect, I do occasionally think about Pizza Hut. And when I think about the Teenage Mutant Ninja Turtles, yeah, pizza (of the non-Pizza Hut variety) often comes to mind. These three things are coming together for a new game.

Teenage Mutant Ninja Turtles: Training Lair is an Arcade Kinect title and, looking over the game’s Achievements, it doesn’t seem too far removed from Fruit Ninja Kinect — players will avoid bombs and shurikens in challenges based on each of the turtles.

The images above are courtesy of “XBLA watchdog” Lifelower. Smirk away!