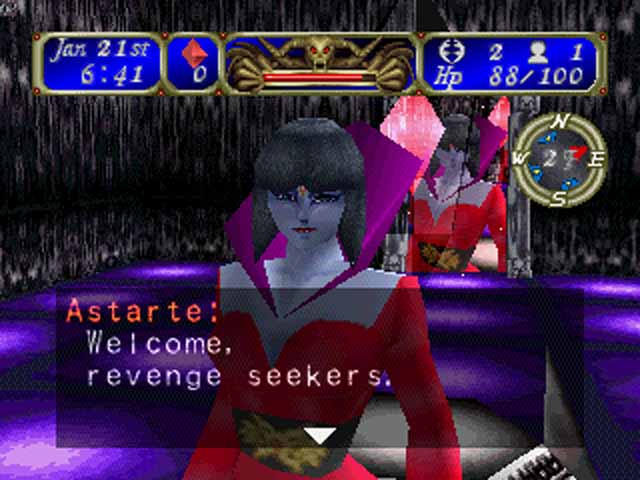 Tecmo’s Deception: Invitation to Darkness is being re-released on PlayStation Network next week in North America, according to the latest episode of the PlayStation Blogcast.

Ahem. Before we go any further, let me just warn you “this game contains satanic references and may be inappropriate for some individuals.” Okay, now with that out of the way…

Originally released in 1996, Deception follows the exploits of a man who finds himself in the services of Satan. Charged with protecting the Castle of the Damned, players must either set traps to repel a stream of intruders from the fortress’ walls or allow the blighters to escape.

Deception went on to spawn a number of sequels, including the PlayStation 2’s Trapt, which is also available on PSN. The most recent entry in the franchise, Deception IV: The Nightmare Princess (an expansion to last year’s Deception IV: Blood Ties) launched this March for PS4, PS3, and Vita.

The PS1 original will be available digitally for PS3, Vita, and PSP in North America next Tuesday.