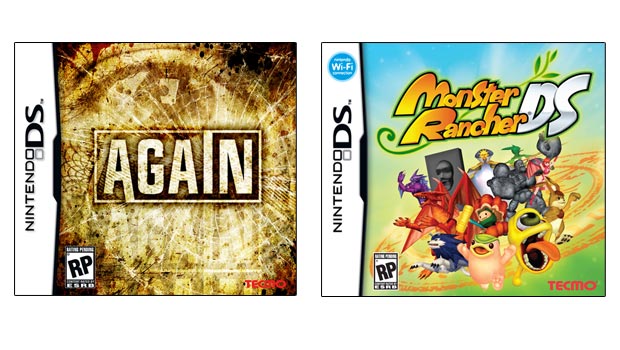 Tecmo is piling on the Nintendo DS games next March, dropping not one, but two titles onto retail shelves. The publisher has announced that both AGAIN and Monster Rancher DS will be available in March 2010.

AGAIN is a crime/thriller title from the Cing, the folks who brought you Hotel Dusk. The game has a detective using his “past vision powers” to investigate crime scenes, finding evidence by comparing the present to the past.

Monster Rancher DS is, as you’d expect, a Monster Rancher game on the DS. You’ll use the DS microphone to make sounds and the stylus to draw pictures that will result in different types of monsters. Then you can make them kill each other. Jerk.