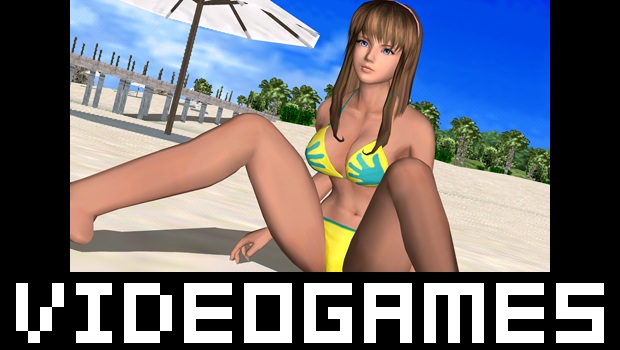 It appears that the developers behind Dead or Alive Paradise did not miss the ruckus that was going on last week when the ESRB used some choice language to describe their game. However, instead of being upset about the blatantly prejudice rating description Tecmo seems to be flattered. In an email that came with the screens below they’ve come out and thanked the ESRB for calling DOAP “cheesy” “creepy” and “bizarre”. I suppose in some ways those could all be compliments.

But with all this controversy swirling around the game, I think we’re forgetting that there is a game here. Look at those screens. Clearly there is value beyond the ass and tits. There’s the… stuff in the background and some buttons you can press. There’s also the… uhhh… lemme see what they say here in the press release. Oh, the “Private Paradise”, where you can watch Paradise Flicks of girls on New Zack Island, some of whom may be wearing your favorite bathing suit.

You know, I think cheesy, creepy and bizarre sums up the game pretty well.

Filed under... #Dead Or Alive#PSP