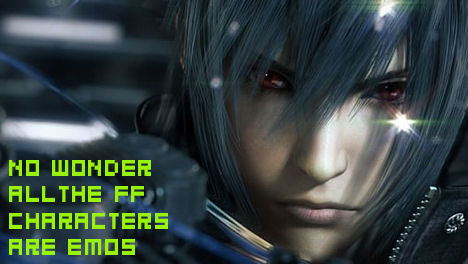 The Tecmo/Koei/Square Enix love triangle continues as Tecmo has responded to Square Enix’s letter. Squeenix was snubbed after its friendly offer to take over Tecmo was rejected, and the Ninja Gaiden publisher instead announced that it was in talks with Koei over a possible merger.

Square Enix wrote a letter asking for three clarifications from Tecmo, which can be read here. Tecmo has finally responded with this cordial but blunt set of answers:

1. “The reason why the Tecmo board members did not accept this offer is because of the decision to begin merger talks with Koei.”

2. “Supposing this is the case, then the plan to merge with Koei (form of the integration, stock prices assumption, integration ratio and so forth) is concretely beneficial to Tecmo shareholders.”

3. “Supposing this isn’t the case, then we would disclose alternatives that would be advantageous to shareholders.”

… “To answer Square Enix’s proposal within the time frame of one week provided little room for negoitiation and discussion. Conversely, regarding the proposal from Koei, there is time for management to consider how to integrate and most likely arrive at ultimately raising our corporate value. This is why we have begun talks with Koei concerning corporate integration.”

So there you have it. It’s an understandable move for Tecmo if it would prefer to have more control. It would likely be consumed by Square Enix but Koei would see them on more equal footing. Despite what some might say about Koei, the company is a powerhouse in Japan so it’s a good move even if the libraries of each company aren’t particularly broad. Anyway, this should be the end of the matter, but I wouldn’t be surprised if Square Enix continued to kick some rocks and get a little huffy over this.