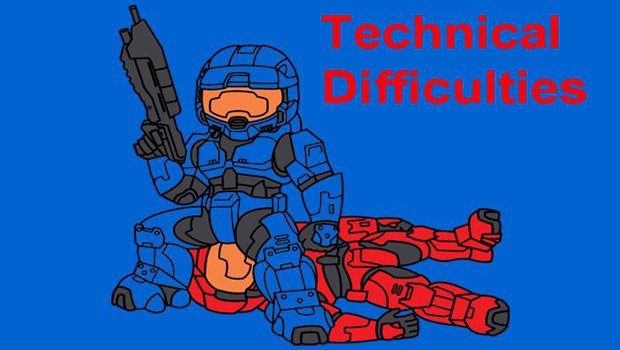 [For her Monthly Musing, Elsa discusses the enjoyable difficulties that you can only get in an online multiplayer environment. Promotions are continuing throughout the month, so go ahead and write up a blog on our topic while you still have time. — JRo]

I’m a huge fan of online FPS games. One of the reasons I love online gaming is that there is always a challenge. There is always someone out there who’s better than me… always someone who will kill me, win the game, or provide a challenge. There’s always “that guy”. You know the one. The one that you start a dancing duel with – and in the end you’re lying there on the ground grasping your trusty shotgun, with them doing that teabag thing over your dead head with their non-existent genitals, but imbuing that sense of utter defeat and humiliation.

Difficulty in a game is rarely determined by the game, but instead by the players. For me, this is a truer sense of difficulty. It’s not a false difficulty of simply giving me more A.I. enemies with more hit points, or giving me ineffective weapons or time constraints or other programmed challenges. Instead it’s the difficulty of facing an opponent who is equal. It’s another person, sitting in their living room or bed room … clenching a controller in their sweaty hands.

It’s not even the one on one challenge … there is also the difficulty challenge of teamwork. In many of today’s FPS games you can be an awesome killer of potential teabaggers, but still lose the game if you don’t work with your team and have a coordinated strategy. The current points systems in games are also changing to accommodate this teamwork. Racking up massive numbers of kills may not enable you to place first in your squad anymore. Its the players doing the repair work, or taking objectives, or healing their teammates that often place first. If you are competitive and want that MVP status in the game you have to use strategy. You have to have several loadouts, you have to gauge the game, your current teammates, and your current opposition. The difficulty level in online gaming is always fluid and requires constant adaptation. It rarely becomes repetitive or boring.

I still enjoy single player games, though generally I enjoy them in a different way. These are my “relax” games. I tend to choose the easiest mode and like to run through them feeling as badass as possible. These are the games where I get my ego stroked – be it the single player campaign of a shooter game or a lengthy RPG where I generally play as a tank class and get to slice and dice my way through hordes of critters with my awesomely huge +4 damage sword. These single player, offline adventures are where I go to regain my sense of zen, my feeling that I am in charge, that I CAN save the world.

Multiplayer is where I go to be challenged, to encounter a difficulty setting that makes me invent new swear words. While multiplayer is also filled with very true technical issues like lag, cheaters, hackers, disconnect issues, server issues and game balance problems – it’s also a place where I can encounter imaginative challenges of the kind that could never be imagined by mere A.I. or even by the developers. Last night while playing MAG, our squad spawned with a vehicle on the right side of the map. We’re supposed to take out a barricade and a gate in order to get our vehicle over to the left side of the map to help out the rest of our platoon… but this is a mere “technical difficulty”. There’s a hill with rocks and trees, but with determination it’s possible to bump the vehicle up over the hill, through the trees… and over on to the left side of the map. It’s not a huge strategic advantage… but it’s unexpected… and stupid… and fun. By the end of the game, we finally managed to get our stupid vehicle over the hill and where we wanted it. If we’d continued driving, we could have had a submersible APC like the one pictured here:

A.I. follow the rules. People don’t. People are capable of overcoming the game’s technical limitations to create inventive solutions. In Warhawk people used to balance on a plane’s wing and have the plane gently lift them to high sniping spots that were never meant to be used. By working together they overcame some of the game’s limitations to enable play in a new way. People were inventive enough to put land mines on their jeeps… then kamikazi their jeep into a group of enemy players, usually blowing up several of them, often at a time when they were taking an objective. In MAG, it’s not unusual to see humvees with their mini-turrets in unusual places… including the ingenious solution shown below which allows the gunner a higher vantage point to mow down enemies.

Playing against real people, those crazy, imaginative, competitive idiots – this is the type of difficulty challenge I love. It’s a generally a fair fight as I have every opportunity to do exactly what my opponent does. I can use the same weapon and the same armour, the same strategies – though people will continually come up with things that make me stop and stare and say “I wish I’d thought of that!” … usually while I’m being teabagged.