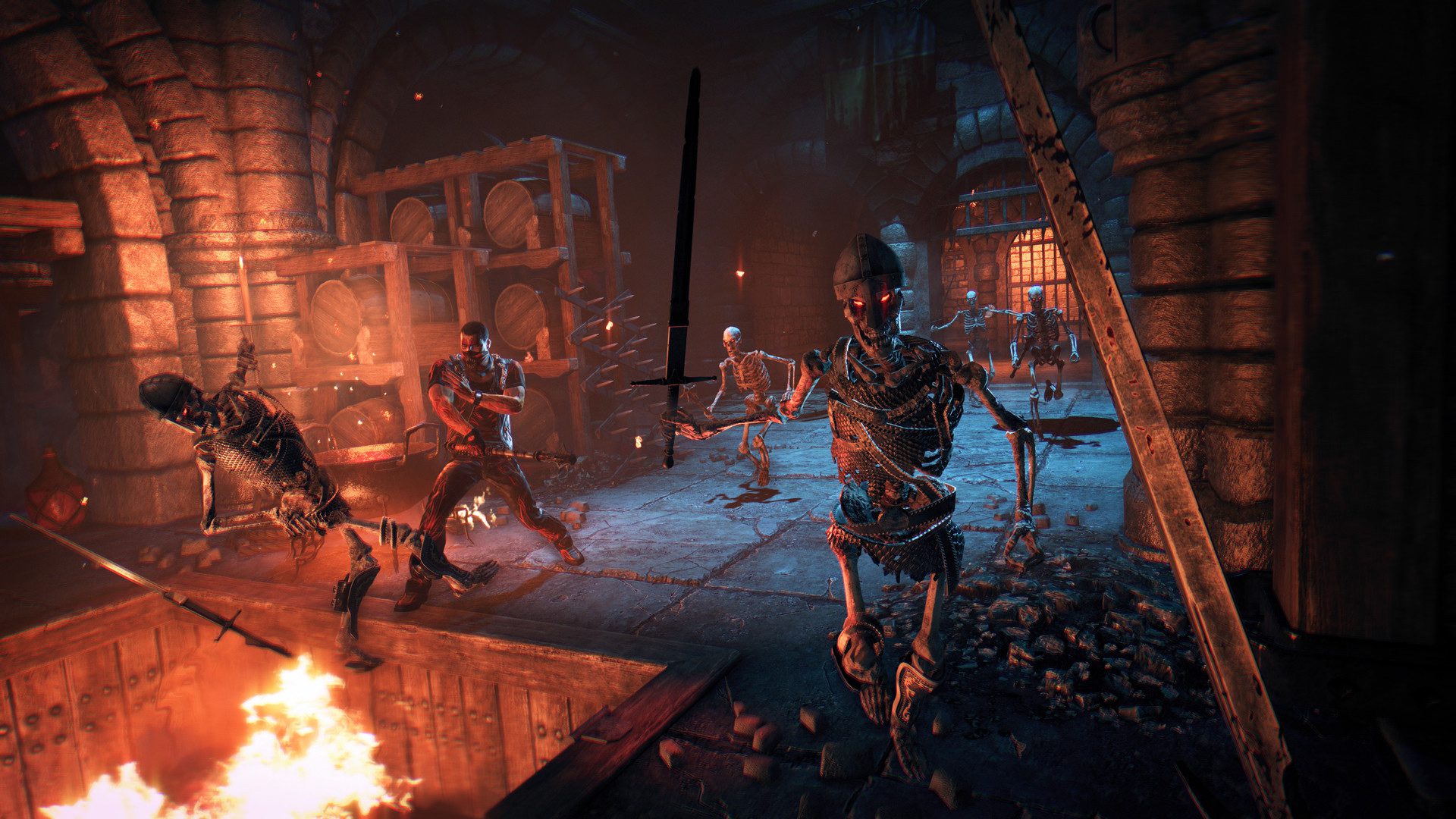 For ten bucks, I see the appeal

Wait, what? Hellraid, an unreleased Techland game about slicing and dicing skeletons, is going to see the light of day in Dying Light, the studio’s unstoppable, still-hanging-in-there zombie title from 2015.

The maniacs actually did it!

After messing with a suspicious-as-hell arcade cabinet, players will have to survive a “demon-infested dungeon.” During runs, you’ll be able to accept bounties for “additional prizes” and “improve your Hellraid rank to access new weapons you can also wield outside of the infernal realm.”

Hellraid is a separate mode with its own progression system – playable alone or in co-op – and it lets you kick the shit outta skeletons, so that’s pretty fantastic. Officially, this DLC is “based on Techland’s currently-on-hold first-person dark fantasy slasher.” Maybe it has a bright future ahead of it?