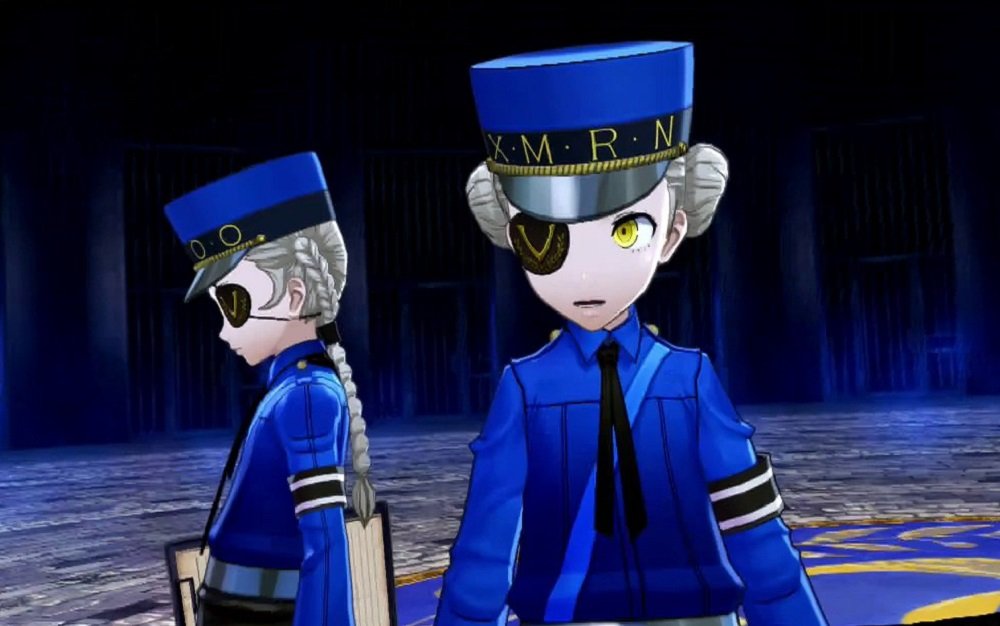 Down with the Kidz

Atlus continues to drip-feed features for the upcoming RPG update Persona 5 Royal. We have already seen some new stars – such as female lead Kasumi Yoshizawa and the mysterious Morgana boy – as well as new locations, like a gaming bar located in the hip district of Kichijoji.

All of this pales in comparison to a new reveal, that confirms Joker and crew can now invite Persona 5‘s best characters, jailers Justine & Caroline, out on the town for a evening of total mayhem… or at least some fries. The otherworldly duo will be able to visit various locations within the Persona 5 universe, where their acerbic attitudes should immediately improve any night out.

Given that Justine & Caroline are two of Persona 5‘s best no-time-for-your-shit characters, I’m looking forward to hearing their opinions on Big Bang Burger, the local cinema, the cat-girl cafe, and not-Disneyland. I suppose Persona 5 Royal also features a bunch of new characters, events, mini-games, score remixes, and story events, but let’s face it, with this revelation about J & C, all that stuff sort of fades into the background.