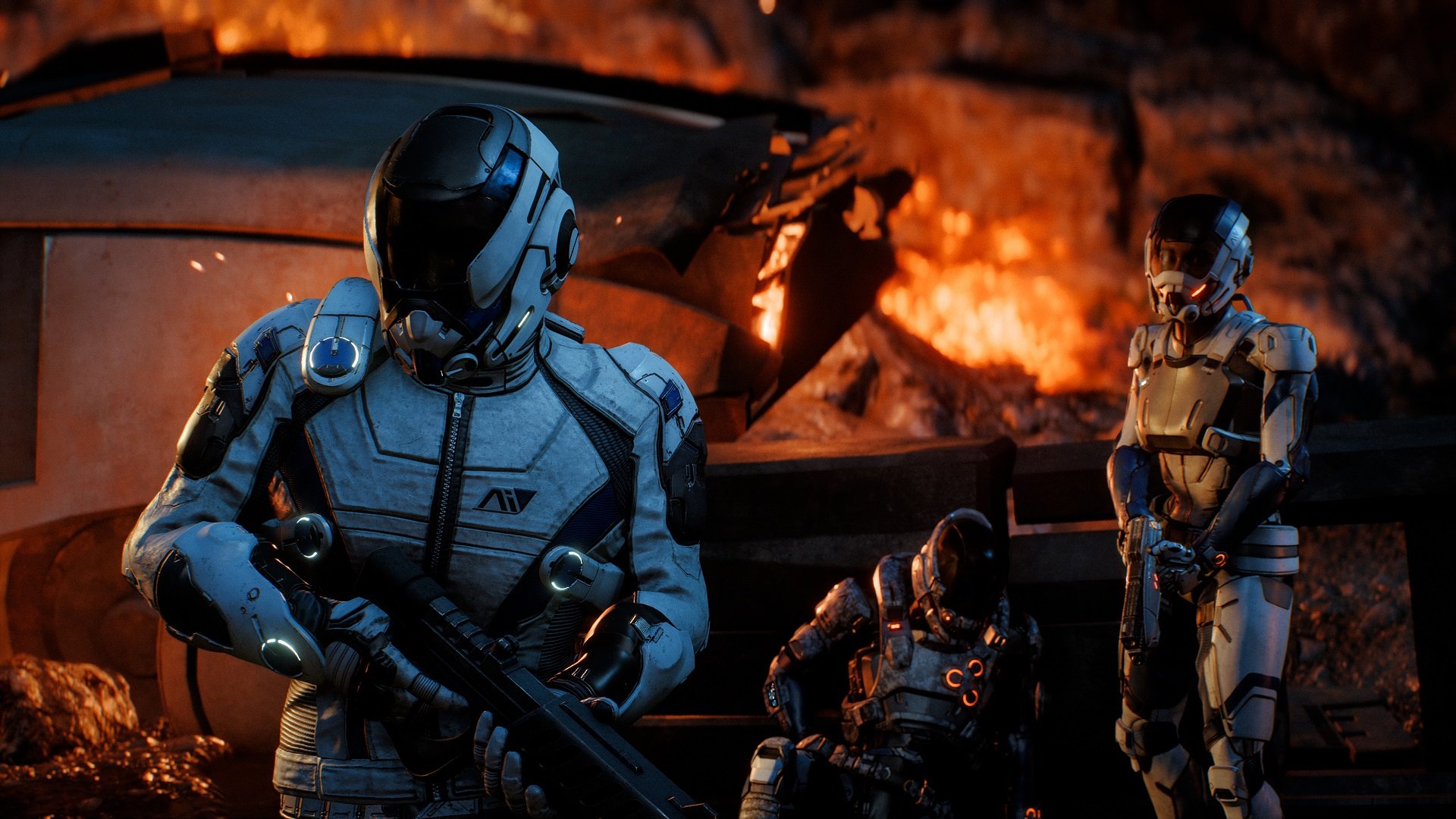 Mass Effect has always been about getting by with a little help from your friends. The companions play a key part, each of them contributing to you not getting killed. In Mass Effect: Andromeda, their combat skills have a more active impact.

In the second installment of Andromeda‘s gameplay series (here’s the first), BioWare shows off the power combo system. It’s a mechanic where you or a companion “primes” the enemy — maybe by trapping them in a big biotic energy ball — and the other one does something special to finish them off. It seems like an improvement over them hiding in cover and taking the occasional potshot.

Also tackled is the subject of the Pathfinder’s abilities and how the player isn’t limited to a class. There are four loadouts with three “favorites” each, allowing for switching style on the fly. The seven classes (Soldier, Engineer, Adept, Sentinel, Vanguard, Infiltrator, and Explorer) aren’t so much permanent focuses as they are temporary approaches that can be changed whenever.

It’s all kind of confusing about exactly how it works, and it’ll probably stay that way until Andromeda actually releases. The biggest takeaway is that there are options, lots of them. But, for those who want to see those options in practice, there’s an extended battle in this video that seems like a good example for how something like this might go. It doesn’t really matter how you do it, just that the job gets done.