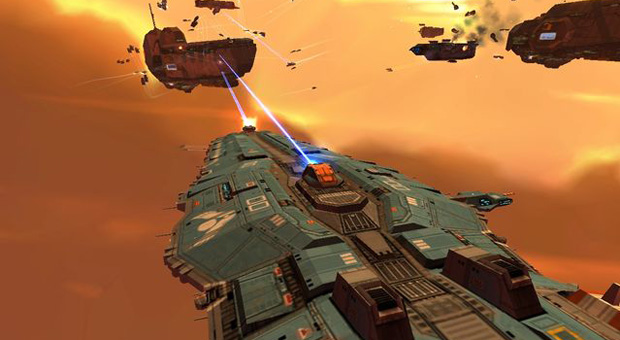 With the recent bankruptcy of THQ, the studios and franchises they owned are being auctioned off. While Sega just bought Relic Entertainment, it’s possible that the rights to Homeworld might still belong to THQ. Relic was the studio that had the rights to the strategy series, but it hasn’t been specifically mentioned as one of the games or franchises that Sega acquired. While it’s unclear who exactly has the rights at this moment, we do know that an indie mobile developer named TeamPixel wants to get a hold of it.

TeamPixel is hoping to purchase the rights to the Homeworld series using Indiegogo to gather crowdfunding for the project. The end goal is to put out a re-release of Homeworld and Homeworld 2 on distributors like Steam and GOG.com, an iOS port, and eventually the team wants to produce Homeworld 3. They have made it clear on the funding page that they don’t really care if they are the ones to personally do all of this; they just want to take action to make sure the franchise isn’t locked away forever.

The project’s minimum goal is $50,000, but that is a flexible target subject to change. Indiegogo allows projects to change their funding while the project is ongoing. According to TeamPixel, “If we are unable to secure the rights to the Homeworld franchise during the THQ bankruptcy auction or through negotiations with the auction winner, we will refund your donation.” Those of you interested in learning more about this project should check out the campaign page.