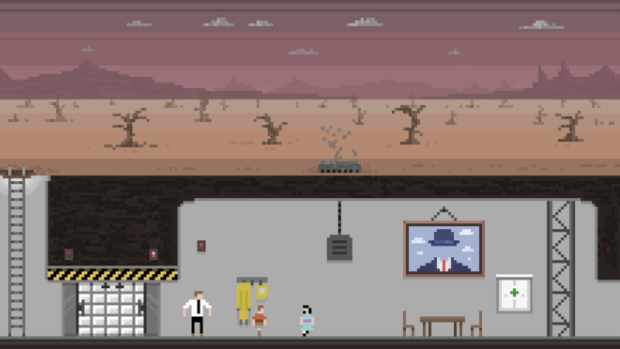 In years past, Team17 has mostly been known as the studio behind Worms, but lately the studio has been expanding that image by publishing other UK-based, independently-developed games. Last month we saw the publisher pick up Self Made Miracle’s Penarium, and today it announced Sheltered, a strategy-simulator that takes place in an underground bomb shelter.

Players will manage a nuclear family of four, having to deal with basic problems like fighting off starvation and dehydration, as well as more specifically post-apocalyptic issues like radiation poisoning and marauding survivors on the surface. Sheltered is currently in its last few days on Kickstarter, but it has already reached its modest goal of £15,000 and is working on stretch goals to release on additional platforms.

Sheltered is expected to release in May 2015 on PC, Mac, and Linux, with an Ouya release some time afterward. Stretch goals that have not yet been reached include iOS and Android tablets, PS4, and possibly Xbox One.