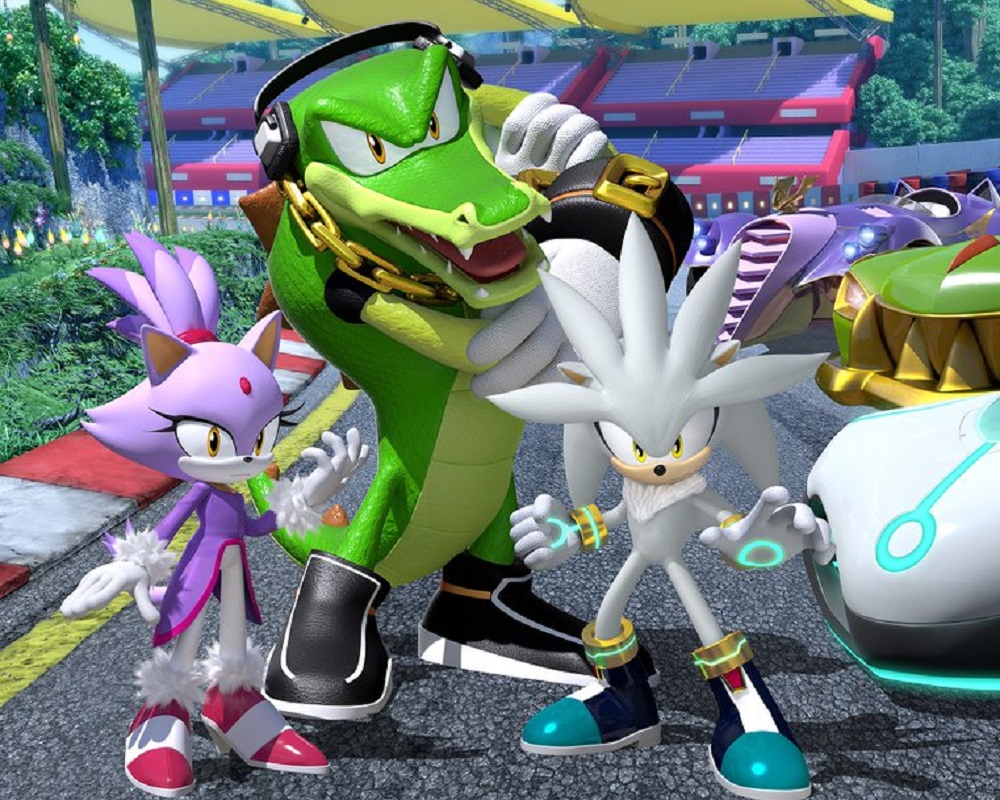 Sega has revealed three more anthropomorphic characters from the Sonic universe who are getting ready to tear up the tracks in their Team Sonic Racing title. The intrepid trio are none other than Blaze the Cat, Vector the Crocodile and Silver the Hedgehog.

Following a series of hints, the characters were finally revealed in a tweet yesterday, joining Sonic, Knuckles, Amy Rose and even Big the Cat in the upcoming kart racer. A mechanic in the new game will emphasise the “Team” of the title, as characters work together to ensure that they hit the chequered flag first. You can check out some screens of the new characters – as well as the new Ice Mountain track – in the gallery below.

If you want to read more about Team Sonic Racing, then our own Jordan Devore got an hands-on with a build at E3 2018, which you can check out right here. Team Sonic Racing launches this December on PS4, PC and Xbox One.

Silver the Hedgehog, Blaze the Cat, and Vector the Crocodile are coming to Team Sonic Racing! pic.twitter.com/kkiCj8nIFb