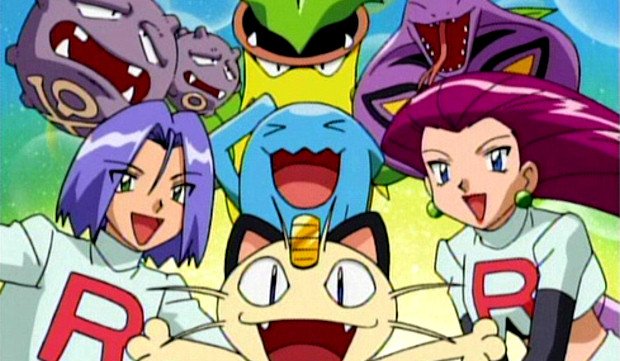 This is quite a demented story to start your week. The Nintendo World Store launch party for Pokémon Platinum in New York was the source of drama when a fake “mystery gift” was uncovered as an evil hoax by none other than … Team Rocket — or at least a sad geek dressed up as a Team Rocket member.

Some flyers promoting the launch event had been photoshopped with the promise of a “mystery gift” by some nefarious villains, who then went around the Nintendo World Store with plans to distribute a Level 50 Shiny Gengar. Public announcements were made throughout the event warning customers not to accept any mystery gifts on the grounds that they can corrupt game files.

A “rotund, bearded, and generally unkempt individual” (pictured in gallery) was eventually escorted from the premises for spreading his hacked Pokemans. Apparently the store staff only found one of two evil gift distributors that night.

Team Rocket is now real, and they’ve upgraded from merely kidnapping the Pokemans to murdering them. Be warned!