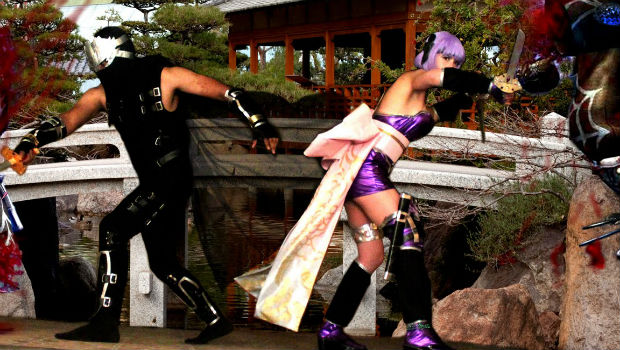 Team Ninja’s hype train has just left the station, as they are hard at work convincing us that Ninja Gaiden 3: Razor’s Edge for the Wii U will actually be good this time.

“We left out some of the things the series was well-known for. We did leave some of our fans out,” said Team Ninja head-honcho Yosuke Hayashi. “We had this opportunity to put those hardcore aspects back in. It’s kind of the hardcore fan package of Ninja Gaiden 3.” Well, thanks for leaving that hardcore stuff out of a primarily hardcore series, guys!

Forgive me if I’m hesitant to get on the hype train here. The primary problem with the third game isn’t that it “wasn’t hardcore enough” — the Ultimate Ninja difficulty was pretty hard — it’s that the game hardly had any heart to it, had tacked-on multiplayer, tried to sell droves of paid DLC that was cut from the game just weeks after launch (weapons?!), all compounded onto a myriad of other technical issues.

Additionally, this Molyneux-ian tactic of hyping up a game, then saying post-mortem “yeah actually our game sucked, wait until you see the next big thing!” is really grating — like nails to a digital chalkboard. In any case, stay tuned this Holiday season to see how it turns out! Same Destructoid time, same Destructoid channel.

Ninja Gaiden 3 on Wii U is the “hardcore package” [Eurogamer]