Not for the faint of heart

I’ve been putting off the Nioh alpha demo not for lack of interest, but because I knew I’d need to play at my most attentive. Team Ninja’s PlayStation 4 action-RPG has come across as a Japanese mythology-infused Dark Souls with shades of Onimusha, and early word of mouth suggested even longtime From Software fans were struggling to keep up. Playing half asleep wasn’t going to cut it.

So, Friday was the night. I loaded up on caffeine and set aside the evening to get lost in Nioh. Straight away, it seemed familiar enough. There’s a standard health and stamina bar, quick-select items are mapped to the d-pad, and hold on, how the hell do you attack? It’s not any of the triggers!

That was my first sign that after spending some 80 hours with Dark Souls III, I was in for a rough adjustment period. My second sign came shortly after when the literal third enemy in the demo — just some random guy! — killed me in a single strike. My character was “freed from his mortal coil,” a message I’d be seeing a lot more of as the night progressed and I began facing demons. 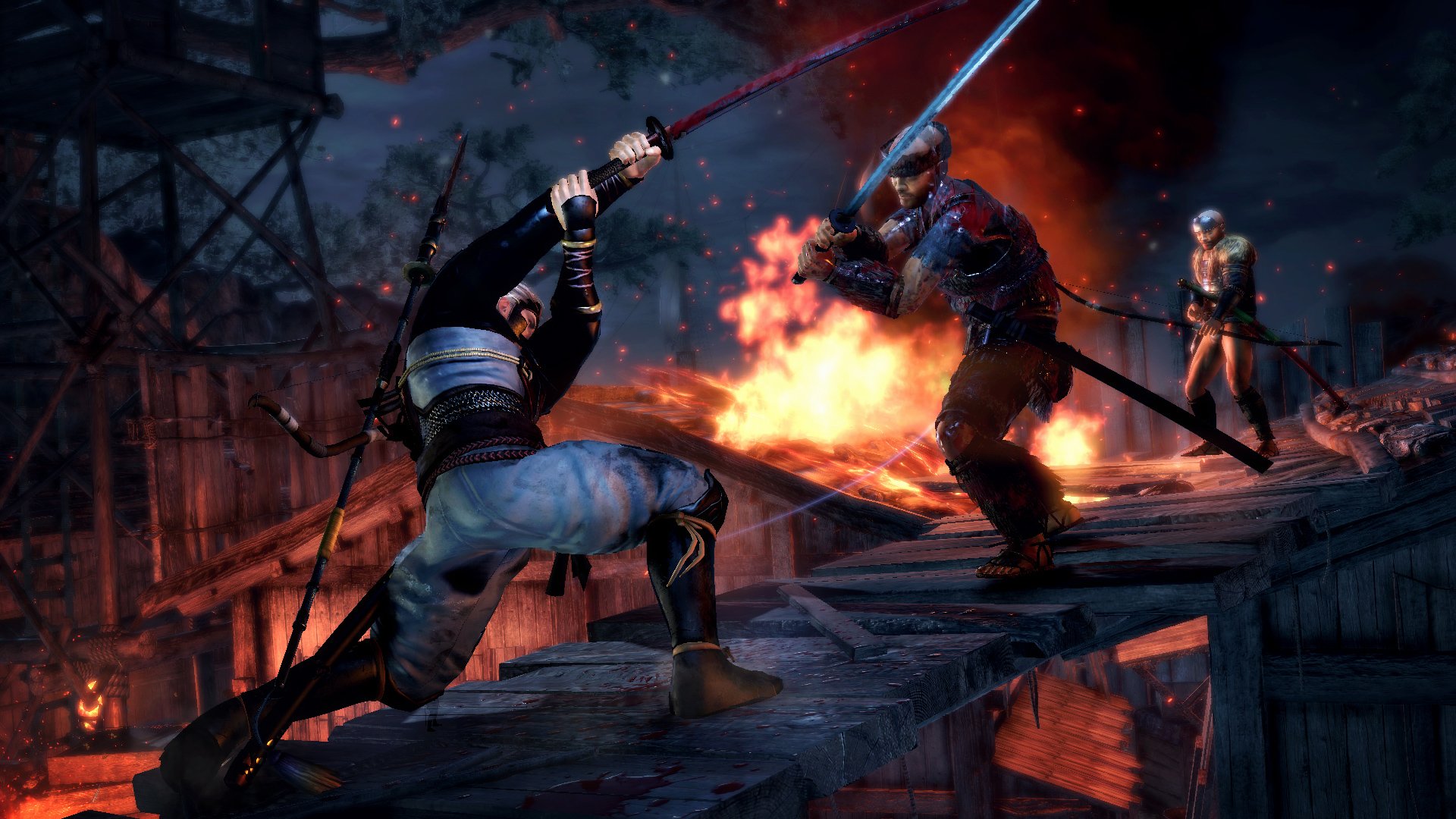 Even in death, I was having a mostly great time. Nioh captures the same sense of confusion, unease, and excitement I felt the first time I tried Dark Souls (I didn’t get into Demon’s Souls until afterwards) without feeling like a clone. That’s thrilling, and the timing couldn’t be better.

Early on, I had a general idea of what I was supposed to be doing, but many of the nuances were lost on me. Unsurprisingly, there is no proper “tutorial” to get you situated. Arriving on a gloomy island that looks straight out of a Japanese ghost story, you’ll immediately see your first shrine (bonfire) where you can sell items, level up using Amrita (souls), select a guardian spirit animal (for passive bonuses and a sort of temporary supercharged ability boost), or summon another player. That all more or less made sense to me right away. Combat, on the other hand, took getting used to. In fact, I still have much to learn. There is a very specific rhythm and flow to it that’s pretty damn easy to mess up.

You have a standard and heavy attack mapped to the face buttons (hence my initial fumbling), but you can also swap between a high, middle, and low stance mid-fight for further flexibility. Stances affect things like your damage output, stamina usage, and the types of attacks you can perform with your sword, spear, axe, hammer, or whatever it is you’re wielding. By leveling up, you can even further enhance each weapon category to unlock new moves and combos. There’s enough depth here to overwhelm, and the more I dug in, the more I could tell I was playing a Team Ninja game.

Managing your Ki (stamina) is unexpectedly tricky. If you overextend yourself even a tiny bit by swinging one too many times or dodging when you shouldn’t have, you’ll become stunned, which can spell death. May your coil rest in peace. You always have to be cognizant of how much meter you have left because even the most basic foes hit hard. I had the best success with baiting attacks, waiting for my opponents to wear themselves out (their Ki meter is visible), and then going all out while they were staggered.

Blocking is effective against most attacks, but you can’t lean on dodging the same way you can in Souls — that’s one of the tough early lessons in this demo. The end result of all of this is that most encounters feel like an honest-to-god duel where timing and positioning are key. And speaking of, you can summon apparitions of fallen players to fight an AI version of them. It’s awesome.

The other big surprise is that Nioh is a fairly loot-driven game. Enemies drop armor, weapons, and items all the time with varying stats and perks. To balance that out somewhat, degradation is a concern, and a major one at that. There are consumable items for restoring your gear, but I found myself just switching to newer, usually better weapons and armor instead. You can sell the junk, thankfully, but it’s a lot of menu-based busywork, which I hope becomes more streamlined for the full release.

At this point, it’s wild to think that I’m still going on about a demo and I haven’t even touched on everything. It’s that huge! It took me several hours to reach the oni boss, much less kill the thing, and then there’s an entirely separate area and a second boss fight afterward (good luck with that effer).

Considering Nioh is in alpha, this is a remarkable demo. That’s not to say there aren’t things that could be better, especially on the performance side, but as an introduction to a new property, Team Ninja nailed this. Souls fan or not, I strongly encourage you to try this while it’s still available.