They were looking into it earlier this month

Remember when Team Ninja said it was “looking into” reports of Nioh 2 crashes on PC? Well, they looked into it!

Ironically, the bug was introduced with a prior patch, leaving Team Ninja to scramble and find a fix for it. That very fix has been implemented as of now, as part of version 1.27.1. These changes have been applied to the Steam/PC and PS5 editions of the game.

It’s not a super exciting patch, as everything is intended to squash issues entirely. I’m talking crashes (including a rare one when folks were “raising their level to 750 while using a mouse” – obscure!), and just plain old random crashes. There’s three separate bullet points for crash fixes, and one of them was triggered “in certain environments.” That sounds…common! 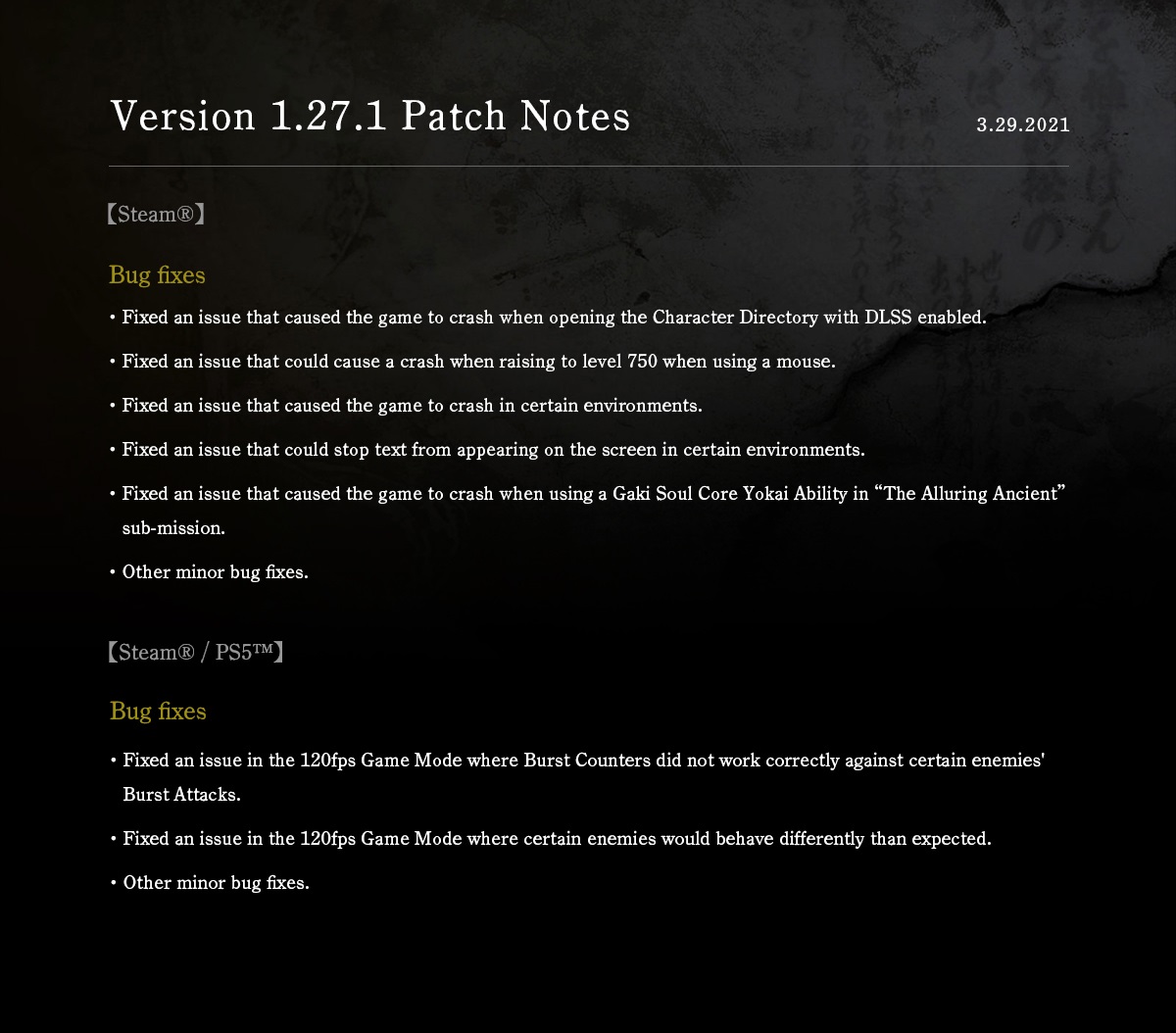