Change is never easy. Nobody likes it and we all fear it (well, a lot of us do). Sometimes though, change is a necessary evil, something that many people won’t realize until well after the change has already happened.

Luckily, some of that changed has already proved positive, as Spencer and Phil’s Patreon campaign is well on its way to their 5-days-per-week goal. You people are amazing! So I say we all celebrate and go shoot each other in the face with big, cartoon weapons. Read on for a note about this week’s events from TF2 community server admin Shadow. 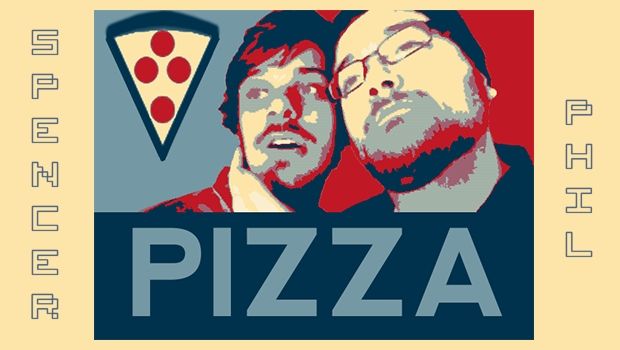 First, a message from Shadow:

Over the weekend a lot happened around here at Dtoid. A lot of good people were let go, and it’s always disappointing to see people get laid off. So instead of my usual quick blog, I’d like to instead give a shout out to all those who are no longer with Destructoid as of this weekend, and tell you lovely folks ways to help continue supporting them in their new endeavors. First and foremost would be Spencer and Phil starting up their new channel, just yesterday they have nearly raised enough to meet their funding goal. Conrad has left, although if you wish to still see more of his masterful mustache you can always catch him on his YouTube channel. While Joshua will be missed, you are more than welcome to support him in his writing over here. Harry can be followed on his Twitter, and Casey Baker will be hanging around in the comments and Cblogs. If I’ve missed anyone I do apologize. To everyone who was affected by layoffs this weekend, I honestly wish you all the best of luck in whatever you do next and if you ever want to blow off some steam, the TF2 server will always be open and more than happy to help.

Thanks Shadow. It’s never easy watching people who we admire move on, regardless of the reasons. This was a very emotional weekend for a lot of us out there, and I think everything that has needed to be said, has been said. Before we get to the “what is TF2sday” section, I’d like to leave everyone with this quote:

Life is about not knowing, having to change, taking the moment and making the best of it, without knowing what’s going to happen next.

Every Tuesday, a ton of folks from all across Destructoid hop on to the community server to play, talk, and shoot each other. It’s usually a pretty crazy good time, and almost always involves various melee only matches between a handful of classes. So feel free to jump on and join us sometime!

Don’t worry, you’re not alone! Any and all Dtoiders are welcome, so please don’t be shy. If there is ever something wrong, or if you need to contact one of the server admins, please see below, all admin names and links to their Steam profile is listed.

Hope to see you all there!