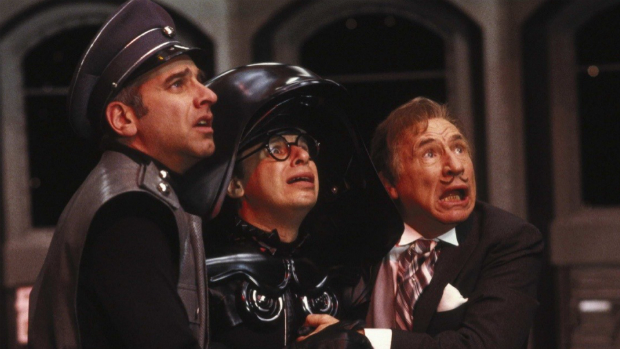 Play TF2 with your Dtoid community!

Mike is on vacation, so you’re stuck with the pink robe this week. Sucks to be you! Boners! Muahahahaha!

Wow, that was fun. Great to be back guys. And now, a word from your TF2sday sponsor, mister Hank Hill:

Pirates: very annoying on the front of a cereal box, even more annoying in space. In playing Elite: Dangerous I’ve seen quite a few things, but one thing stands out more than everything else. Most player pirates just can’t seem to get a firm grasp of the idea of proper pirating. As a wise Cordovian prince once said, “Bear not like to be poke. Bear get angry.”

The last few times I’ve seen people intercepted, nearly every pirate has started to shoot first and then promise to stop after asking them to give in. You know, it’s rather difficult to believe that after being attacked for no reason that your attacker is just going to walk away if you give them everything. Thankfully the threat of bounties and space cops are great deterrents to would be pirates, who eventually have to accept the consequences of their actions.

Either way, I’m happy just helping people get things from point A to point B for lots of money. I’ve never really cared what the cargo is, but the fewer questions you want me to ask, the higher the price to move it. So yeah, all of my millions have been built off the backs of illegal trade, but hey, what do I care if the people of George Lucas station have a need to blaze it non-stop.

So what is TF2sday?
Every Tuesday, a ton of folks from all across Destructoid hop on to the community server to play, talk, and shoot each other. It’s usually a pretty crazy good time, and almost always involves various melee only matches between a handful of classes. So feel free to jump on and join us sometime!

New to TF2sday?
Don’t worry, you’re not alone! Any and all Dtoiders are welcome, so please don’t be shy. If there is ever something wrong, or if you need to contact one of the server admins, please see below, all admin names and links to their Steam profile is listed.