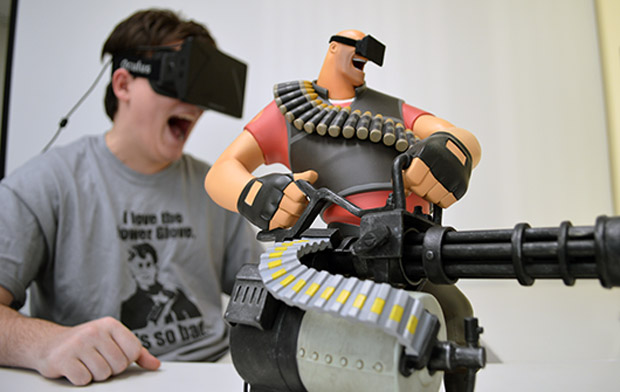 This week, Valve will be updating Team Fortress 2 to support the Oculus Rift developer kits with a new Virtual Reality mode. Considering the device is at least temporarily missing out on Doom 3: BFG, having a readily available game like this to test out the hardware is great news.

“When we first played an early version of Virtual Reality mode in Team Fortress we were blown away by the immersion we experienced,” said Valve’s Joe Ludwig. “VR is just getting started, but it is going to have a big impact on gaming. This  update will let us share that experience with more of the Team Fortress community.”

There’s also an Oculus Rift in-game hat, because of course there is. Kickstarter backers and those who pre-ordered prior to April 1 will be sent a redeemable code for one.